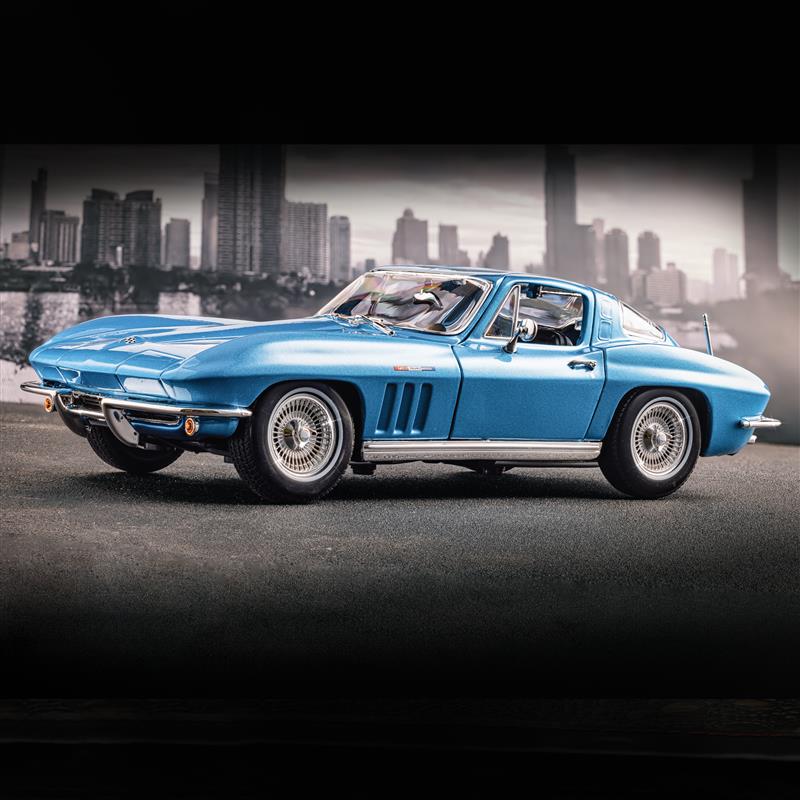 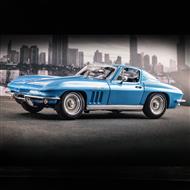 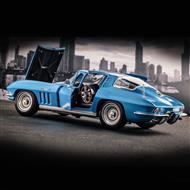 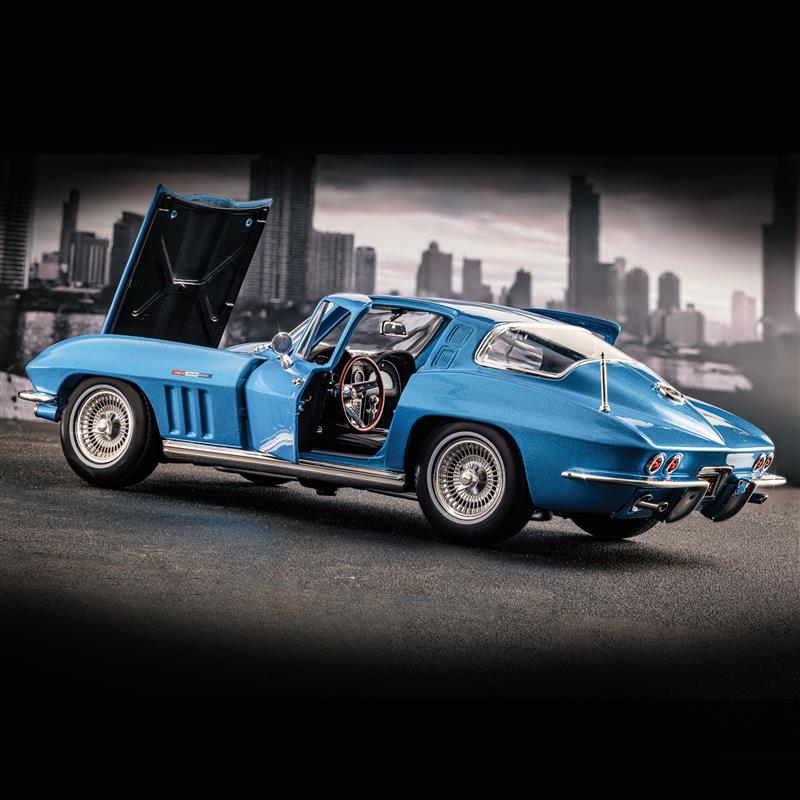 Take a trip through history with our car replicas

It’s hard to improve on a classic, but with the 1965 Chevrolet Corvette, Detroit did just that. Two years earlier, Chevy introduced the Sting Ray, its second generation of the Corvette. The Sting Ray looked wildly different, taking inspiration partly from the look of a mako shark. The 1965 Sting Ray offered a new L78 396 cid “big-block” V-8, developing 425 bhp. The 396 big-block cars featured a power bulge in the hood to accommodate the engine. Presented here in Nassau Blue is the sport coupe version of that year’s model. When it comes to luxurious transport for two, you can’t do better than the 1965 Chevrolet Corvette. 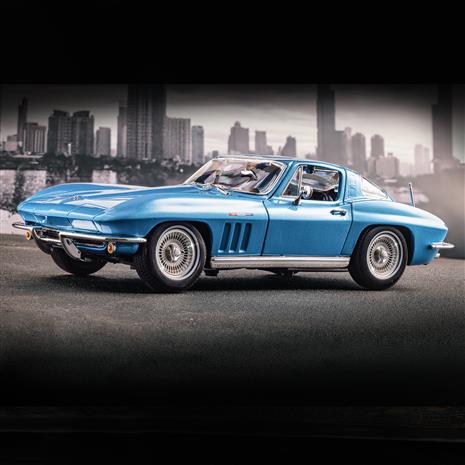