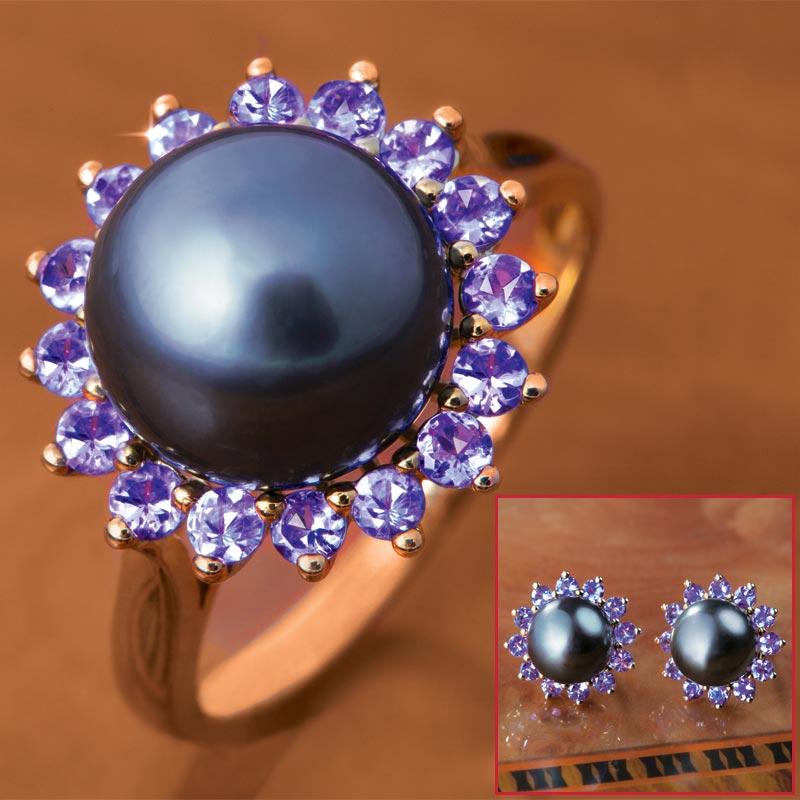 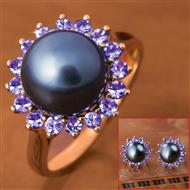 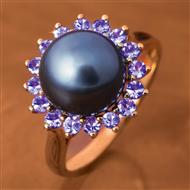 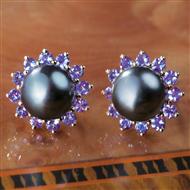 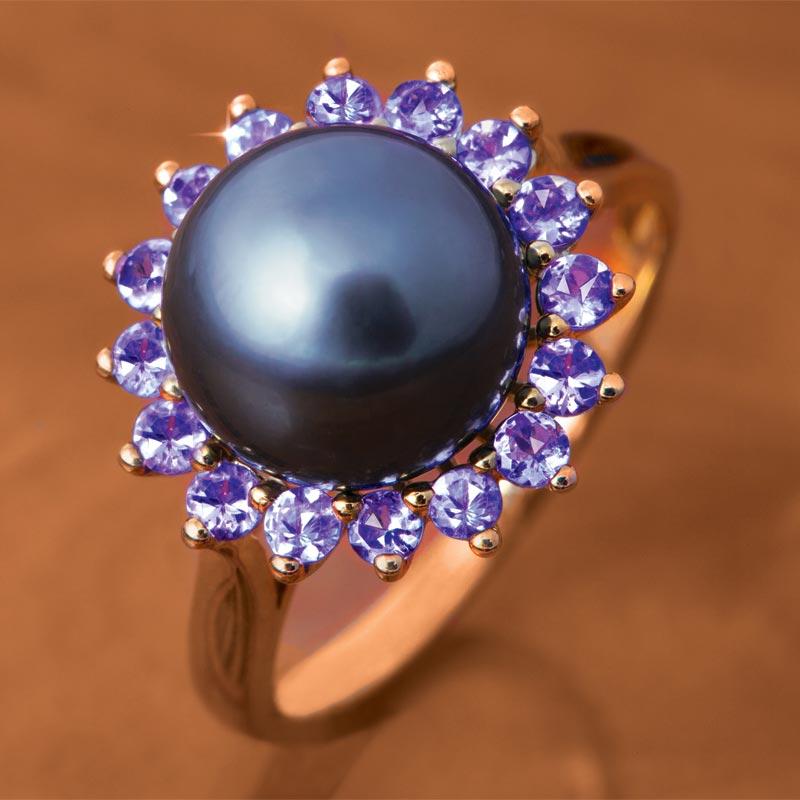 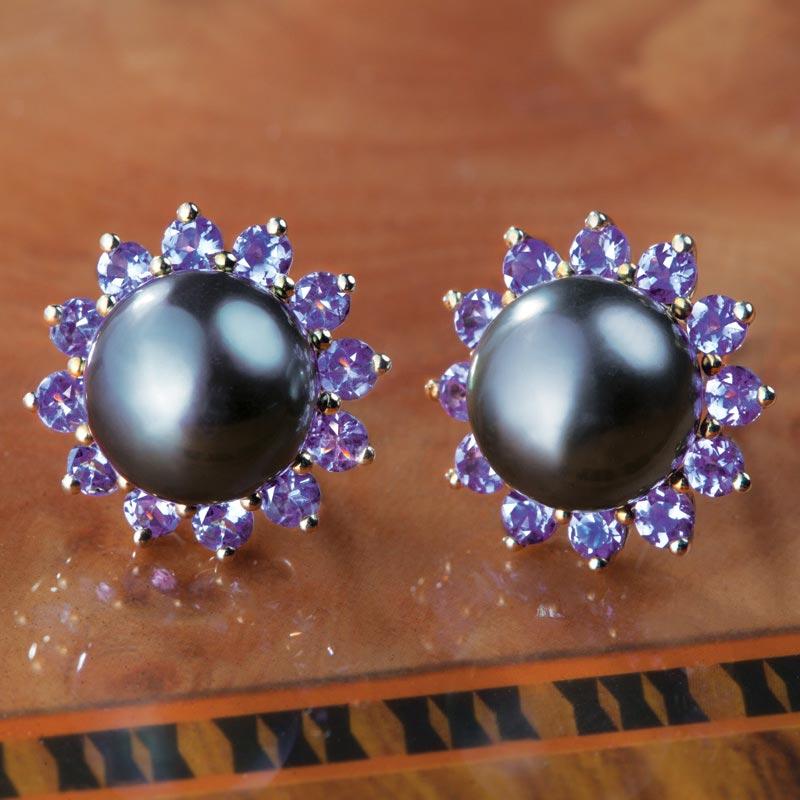 The centerpiece of our Exotique Ring and Earrings Set is a dark, lustrous Tahitian pearl, a very special version of nature's only organic gemstone, valued for its uniquely dark shade. Tahitian pearls can only form inside black lip oysters, which are found in the blue lagoons of French Polynesia, specifically in the Tuamotu-Gambier Archipelago, and their rarity makes them both valuable and sought after.

We searched the whole wide world to find the perfect companion for this Tahitian pearl, and finally found the answer at the foot of Mount Kilimanjaro. That's the only source of brilliant, violet-blue tanzanite on planet earth, and that single source was only discovered by chance, when a lightning strike caused a bush fire, which heated the earth and revealed the blue treasure beneath. By surrounding the Tahitian pearl with a ring of blue tanzanite stones, we've combined two of nature's rarest and most beautiful offerings into one exquisite piece of jewelry. 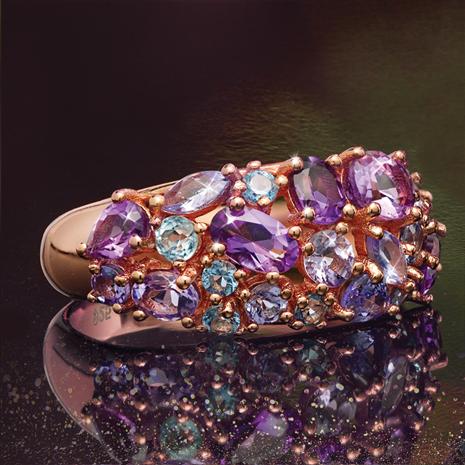 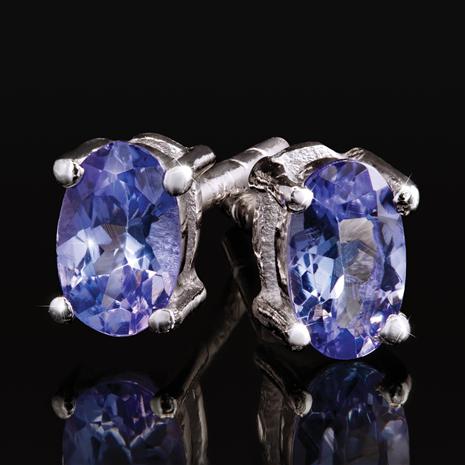 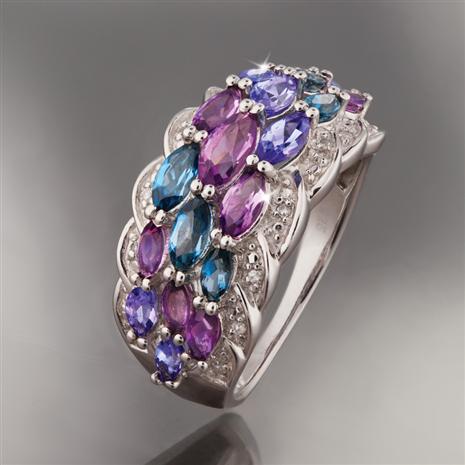 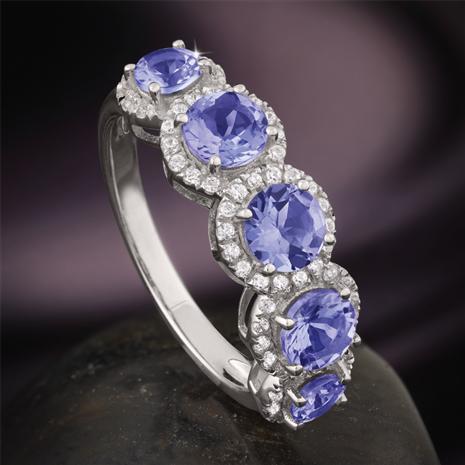