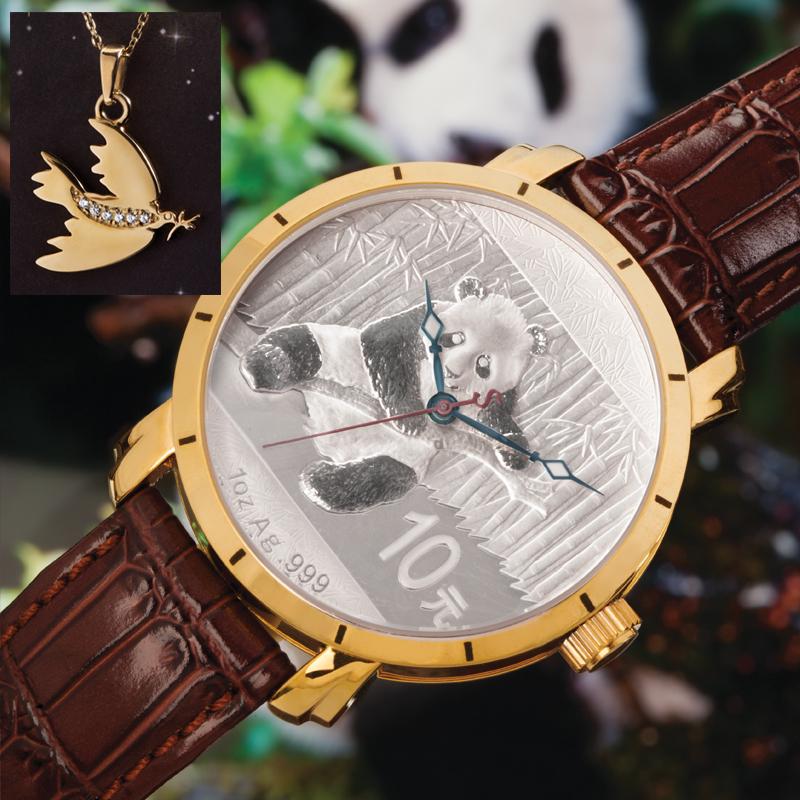 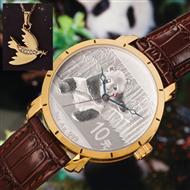 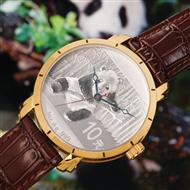 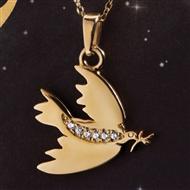 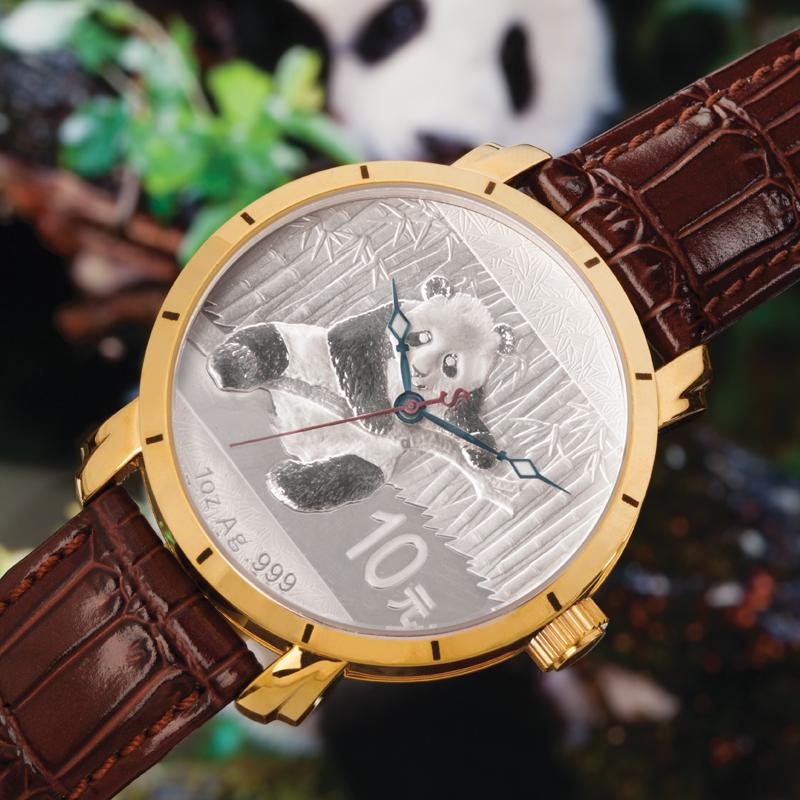 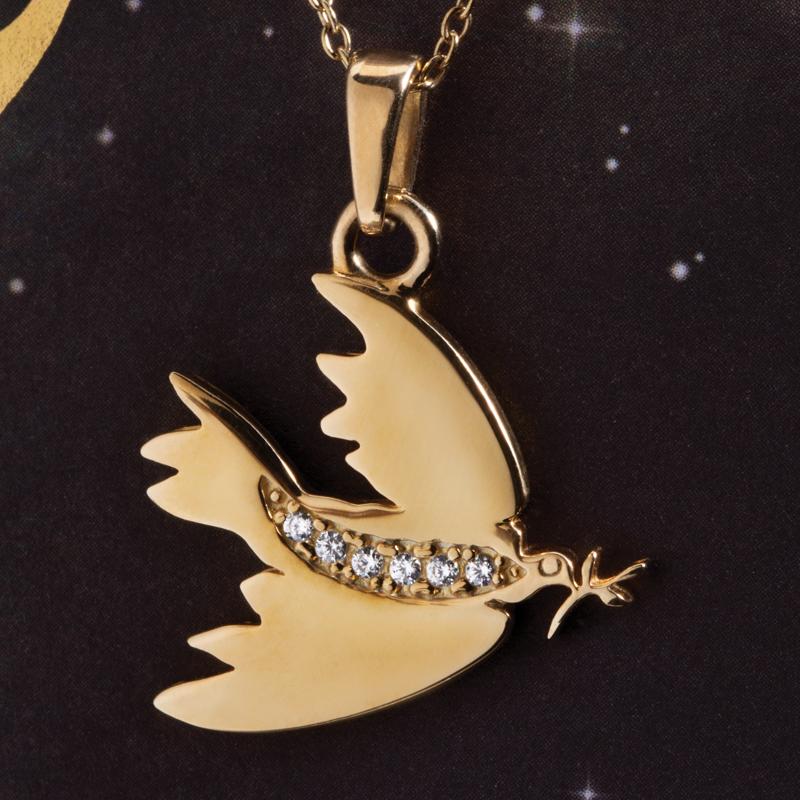 What's black and white and silver all over?

Pandas have enchanted hearts and captured imaginations since 1972, when China presented Ling-Ling and Hsing-Hsing, a pair of Giant Pandas, to the United States. This was the first time millions had ever seen a panda — a normally reclusive animal native to central China's mountaintops. Since then, the endangered Giant Panda — known in China as the "big cat-bear" — has taken a place in popular culture as a symbol of good will and friendship. It's also the star of one the world's most popular coins.

Every year since 1982, the Chinese mint has released a silver coin to promote panda conservation and public awareness. And every year, the coins are quickly snatched up by millions of collectors around the world. Before the 2014 coin became extinct, we secured an exclusive cache and adapted them for our Silver Panda Watch. We chose the obverse side — featuring a beautifully crafted scene of a panda with a stalk of raw bamboo — for the watch face, had it skillfully cut cross-sectionally and then set it inside a gold-finished stainless steel case.

But as magnificent as the Silver Panda Watch looks, we wanted it to be equally impressive inside. That's why, behind the 10 Yuan, .999 silver coin face, there is an advanced Swiss movement counting down every second. The heart of this finely-crafted machine oscillates at 32,768 times per second, providing you with a level of accuracy that watchmakers once thought was impossible. Don't miss your chance to own this extraordinary Stauer exclusive! 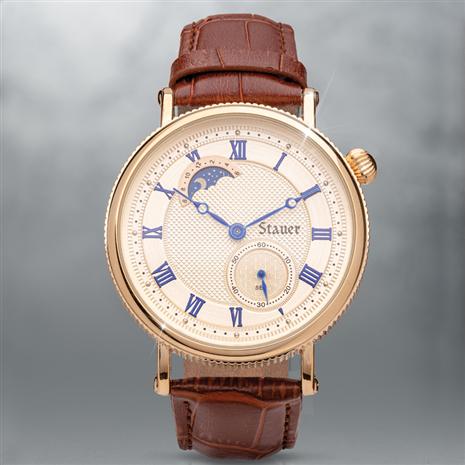 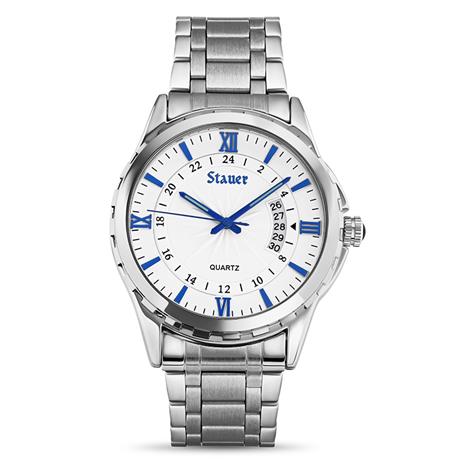 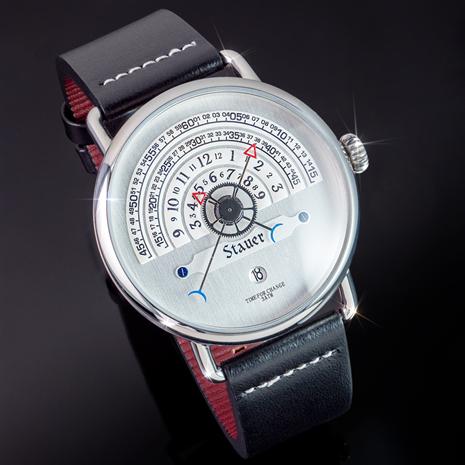