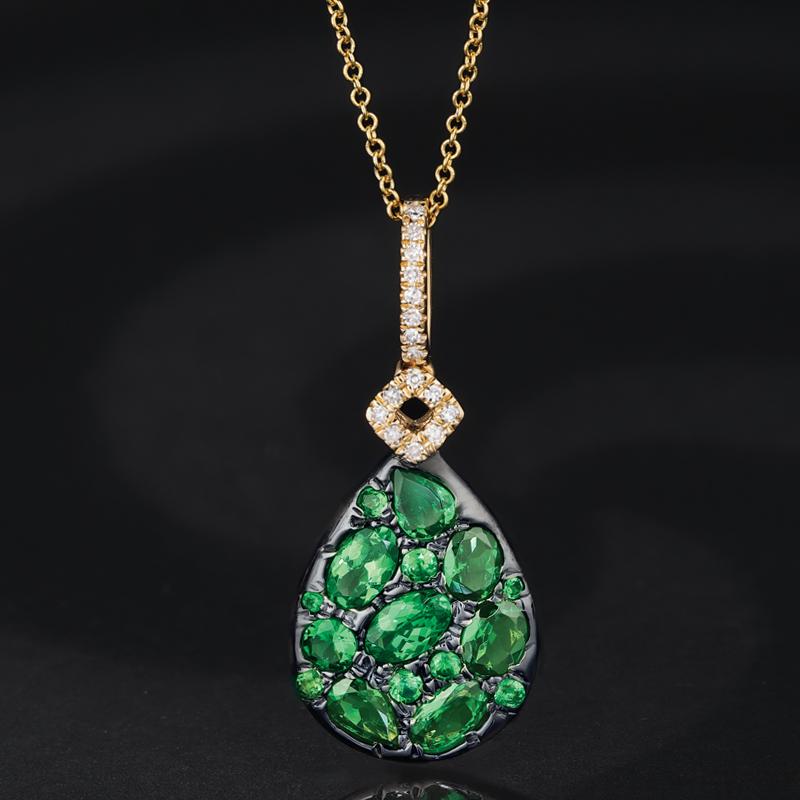 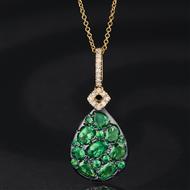 The greenest green out of the blue

It isn’t often, as the saying goes, that a man finds something new under the sun. The discovery of tsavorite, was one of those rare moments that come seldom to anyone and, to most of us, not at all.

Tsavorite, a rare green garnet that burns a deep emerald green, was discovered in 1967 by Scottish gemologist, Campbell Bridges while he was walking in Tanzania. According to locals, Bridges was charged by a buffalo and avoided the animal by diving into a gully. Looking around, he noticed striking green stones glinting in the sunlight. He introduced this stone to world, naming it after the Tsavo River in Africa.

Considered a collector’s gem, tsavorite is found in only one small area on the border between Kenya and Tanzania, so supplies are extremely limited. In this necklace, ovals, rounds, and pearls of tsavorite are artfully arranged into a teardrop-shaped mosaic of rare, green beauty. White diamonds add just the right touch of sparkle. Set in gleaming 14K yellow gold. 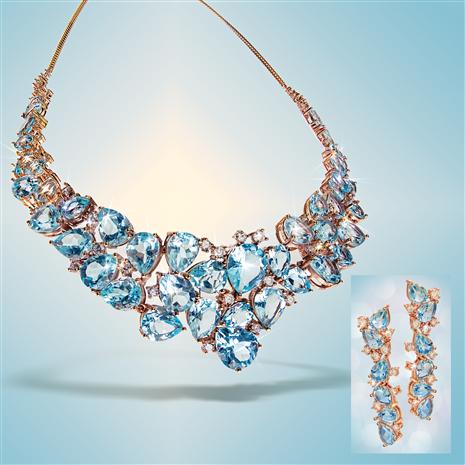 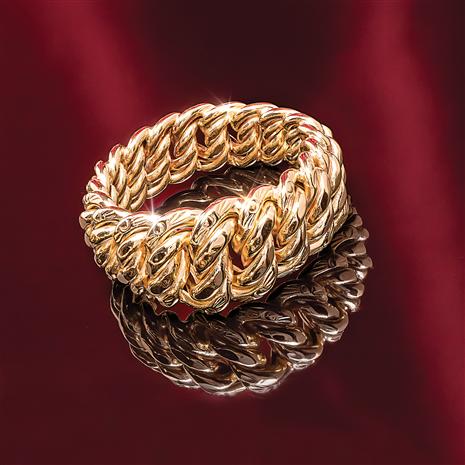 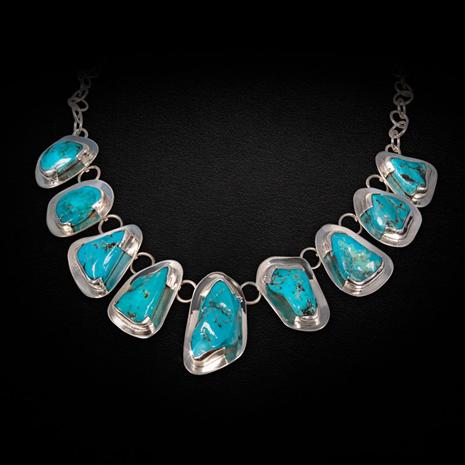