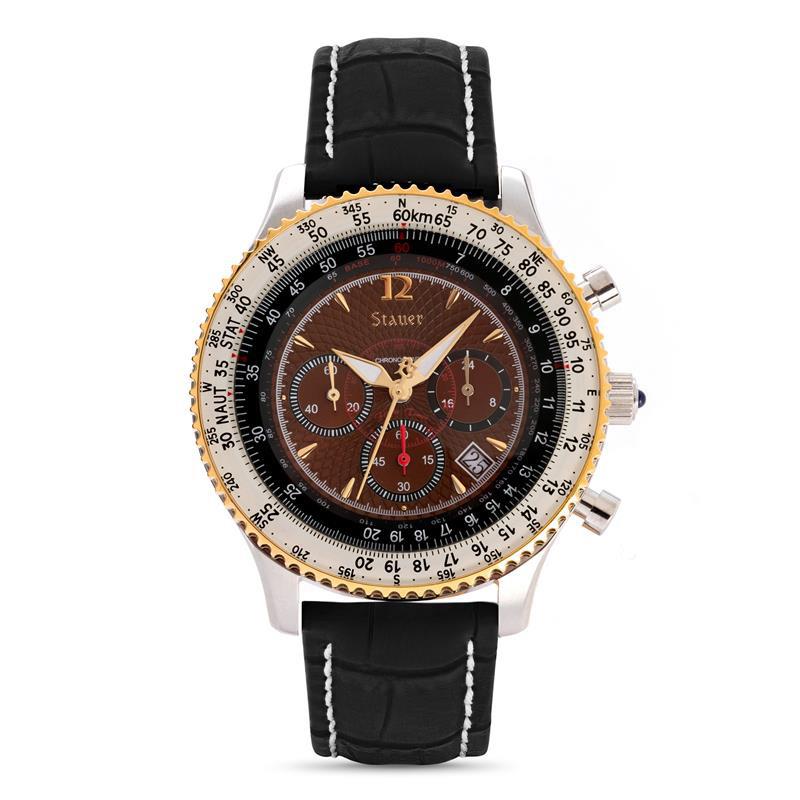 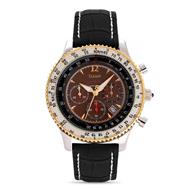 Every decent Ace should have this watch up his sleeve

In World War I, Dieudonne Costes fought head-to-head against lead-spitting enemy planes over the Balkans. In WWI dogfights, victory was decided in a fraction of a second. The first multi-function wristwatches forever changed air combat, allowing pilots to time complicated maneuvers and coordinate attacks. Ten years later, the crack French pilot faced a different kind of challenge: navigating the pitch black skies over the South Atlantic.

Behind the stick of his aircraft, he soared across the time zones from Senegal to Brazil, setting the record for the world’s first non-stop flight across the South Atlantic. The Stauer Midnight Eclipse Flyboy™ 1916 features a stunning textured, metallic copper-colored dial offset by a cream and black bezel set inside a case finished in gleaming stainless steel.

Three tachymeters and a movable bezel measure speed and ascent and the chronograph functions allow you to measure elapsed time. Interior complications mark minutes and hours and include a 24-hour display. The watch is water-resistant to 10 ATM and features a crocodile-embossed, genuine leather band and solid stainless steel construction. Every decent Ace should have one up his sleeve. 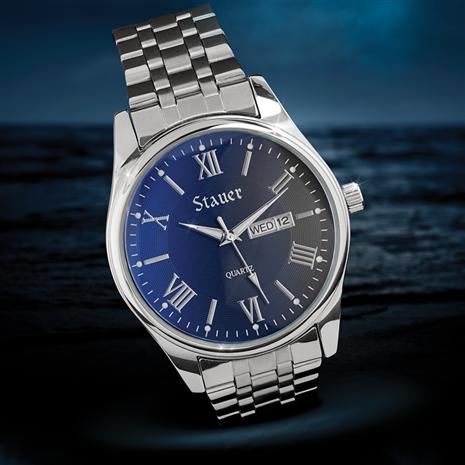 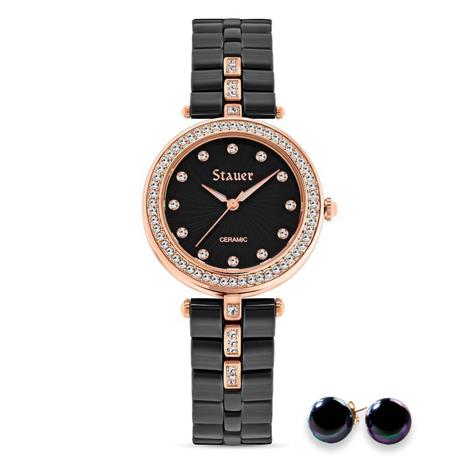 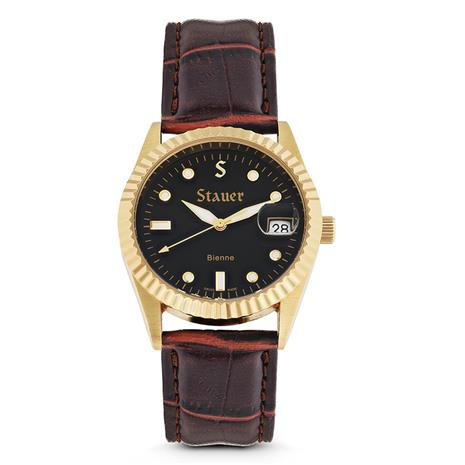 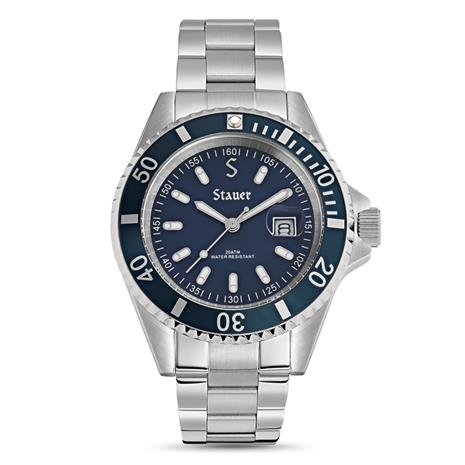