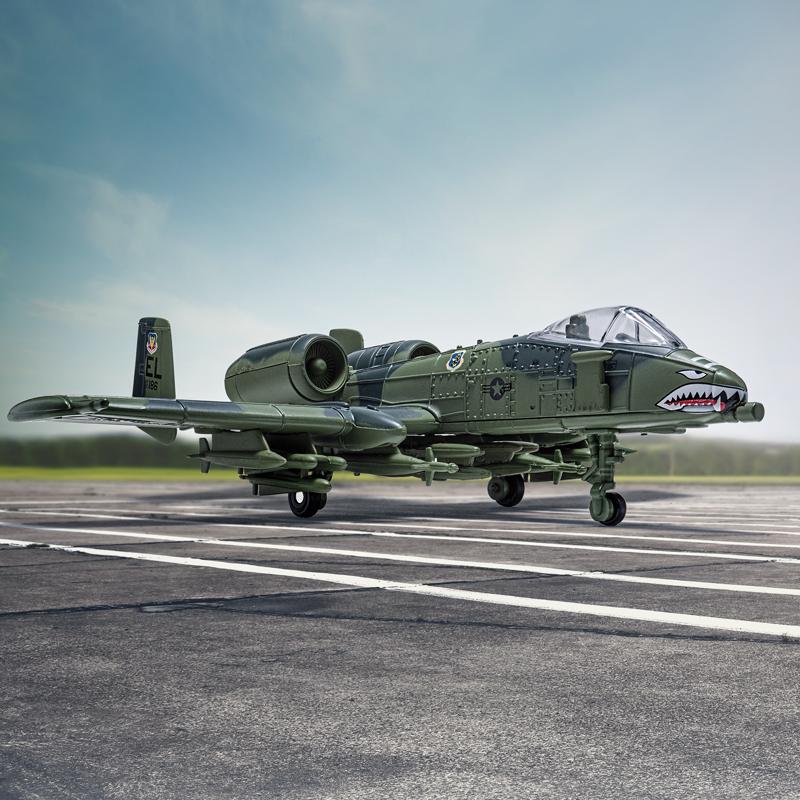 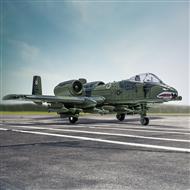 The A-10 Thunderbolt is the U.S. Air Force's star aircraft for ground support

Affectionately called the “Warthog” for its aggressive look and often painted with teeth on the nose cone, the A-10 Thunderbolt II is the U.S. Air Force’s primary low-altitude, close air support aircraft. The A-10 is perhaps best known for its fearsome GAU-8 Avenger 30mm gatling gun mounted on the nose. The GAU-8 is designed to fire armor-piercing depleted uranium and high explosive incendiary rounds.

Among its many offensive and defensive abilities, the A-10 Thunderbolt II has excellent maneuverability at low air speeds and altitude, and can survive direct hits from armor-piercing and high explosive projectiles up to 23mm. The aircraft can loiter near battle areas for extended periods of time and operate in low ceiling and visibility conditions. The wide combat radius and short takeoff and landing capability permit operations in and out of locations near front lines. Yes, this is aircraft is a true ace, one you’ll want to land in your collection.

Nice heavy die-cast but only 9.5L

The details say it''s 27 inches long but it''s not even close. The airplane is only about 9-1/2 in long. However this is a very nice detailed model it''s just not that big. Plastic full! armament and engines metal fuselage wings and landing gear. Wheels rotate. Canopy doesn''t open. A decent tribute and homage to a long-lived super fighter. 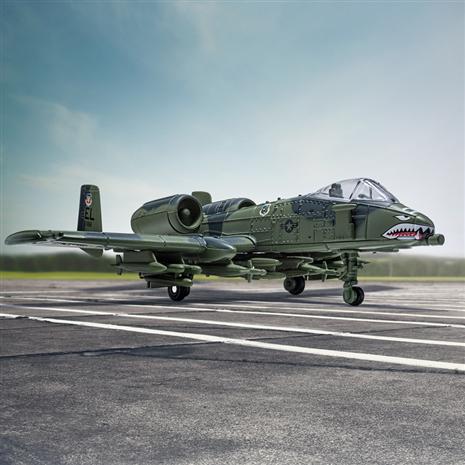