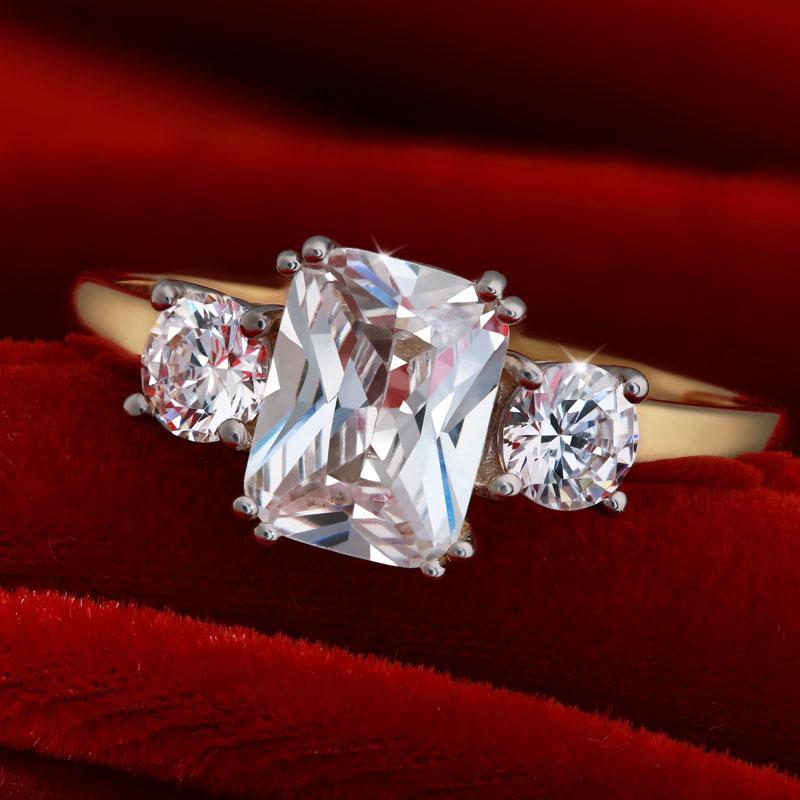 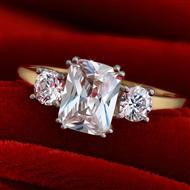 Inspired by a Royal romance with a price you'll love

The royal Princess has an engagement ring with sparkle to spare. The American Princess Ring is 5 carats of scintillating perfection that doesn’t cost a king’s ransom.

Not since Grace Kelly said “I do” to the Prince of Monaco has the world seen an American-grown beauty steal the heart of a royal heir from a far away land. But, now there’s a new American Princess who’s captivated the world. It’s estimated her Prince could have dropped over $163,000 on an engagement ring that is currently the most romantic piece of jewelry in the world. Until now...

The American Princess Ring has all the sparkle and shine of the original, minus those anxiety-inducing commas. How we did it isn’t rocket science, but it is brilliantly scientific.

Romancing the stones. Leveraging the powers of science, we’ve created a stone even the blue bloods would approve of. The Ultimate Diamond Alternative™, DiamondAura® not only rivals mined diamonds, it exhibits more fire and has no inclusions. We’ve invested millions perfecting the meticulously-controlled process that results in a stone that is optically clearer with even more fiery color than a “D” flawless diamond. In fact, any trifling differences between our stones and mined diamonds can only be detected by a trained professional.

The Prince may have made the headlines with his grandiose gesture of love, but the real story here is your own fairytale romance. The American Princess Ring delivers 5 carats of prong set stones in a gleaming gold over sterling silver band—mirroring the original in virtually every way—except price. With the American Princess Ring you can nail both romance and economics.

Now I understand why this ring is called "Worlds Most Wanted Ring"! Your picture doesn't show how
beautiful and breathtaking this ring really is. Every time I've worn my ring I receive nothing but complements on its beauty. 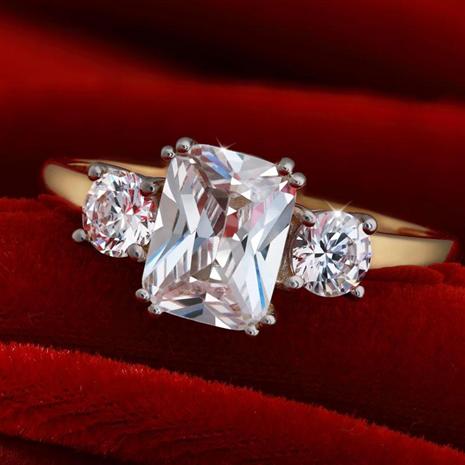