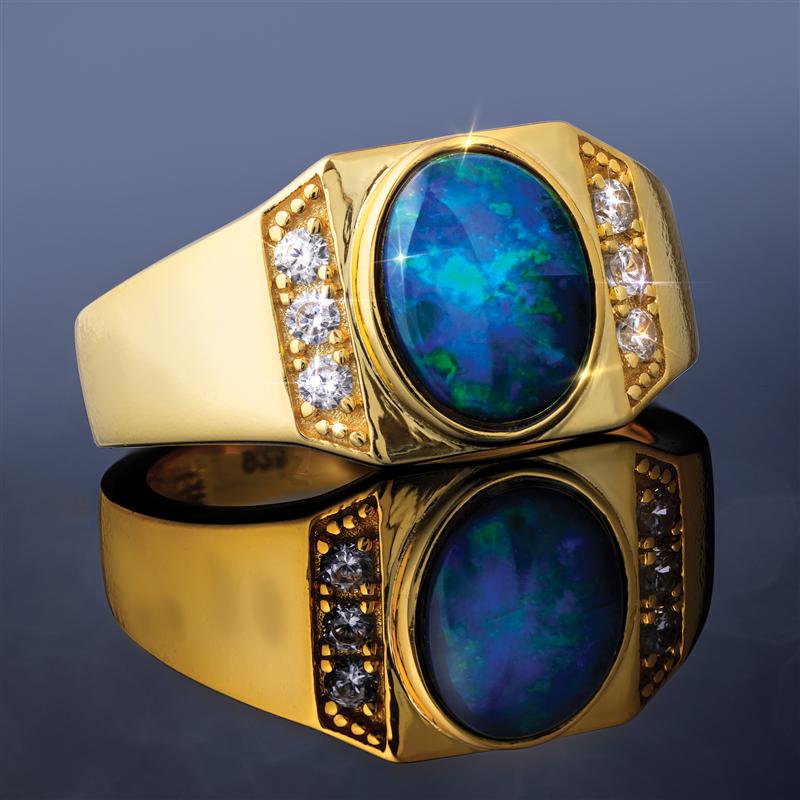 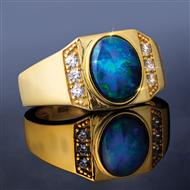 The Australian opal is steeped in legend

With its kaleidoscopic explosion of color and mysterious shifting light play, it’s easy to see why many cultures have credited opals with magical origins and powers.

Arabic legends say opals fall from the heavens in fl ashes of lightning. The ancient Greeks believed opals gave the gift of prophecy and guarded them from disease. Europeans have long considered the gem a symbol of hope, purity, and truth. But perhaps the Australian Aborigines have the most magical tale of the opal’s legendary origins.

Australia’s first people—the Aboriginal Australians—have under-stood the opal’s unique energy and beauty for over 50,000 years. Bestowing the name ‘Rainbow Serpent’ upon this remarkable gem they described its creation like this: “The Creator took the colors of the rainbow, and put them into stone to make opal”. Another story tells of the Creator traveling via a rainbow road to spread a message of peace on earth. With each step, the stones underfoot turned into tiny, tangible rainbows or opals.

It takes a pretty remarkable gem to inspire such legends, which is why we love to keep some in our collection. Here, in the hands of our highly skilled gem cutter, the gorgeous blues of an Australian opal are coaxed to perfection, resulting in a stunning display of dancing iridescence. Using a precision triplet cut our guru is able to “triple” the color-play quality of our Australian Opal Triplet Ring without quadrupling the price. The Rainbow Serpent has never been more affordable. 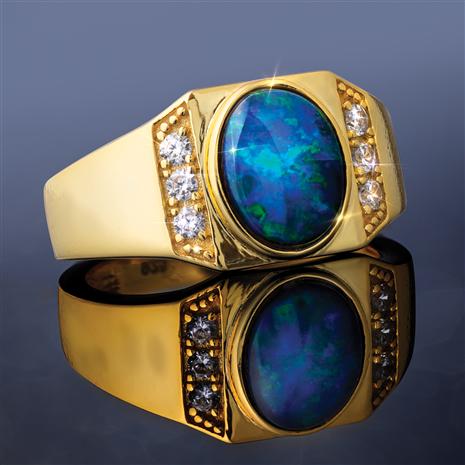