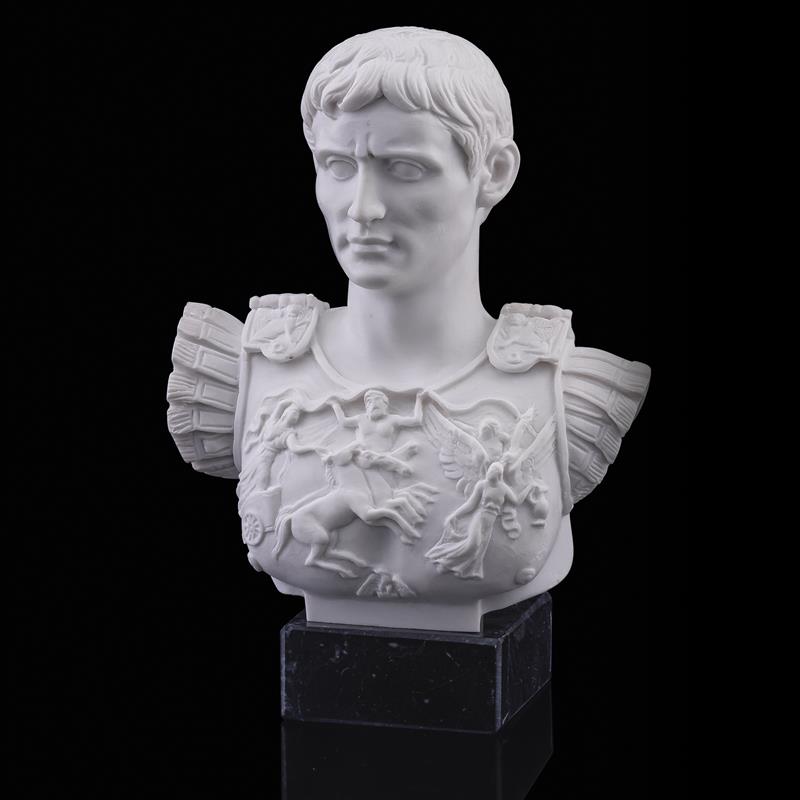 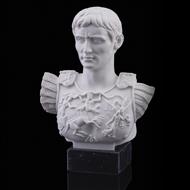 Caesar Augustus was one of ancient Rome's most successful leaders who led the transformation of Rome from a republic to an empire. During his reign, Augustus restored peace and prosperity to the Roman state and changed nearly every aspect of Roman life. His great-uncle was Julius Caesar, who he fought beside in 47 B.C. He was a ruler of ability and vision and at his death, Augustus was proclaimed by the Senate to be a Roman god.

Handmade by Italian artisans who understand their craft, these sculptures were created using enhanced marble from the very same Carrara quarry Michelangelo chose in the late 15th century. The provenance of the marble gives these reproductions an extra layer of luxurious authenticity. These are works of art that deserve to be seen, whether in a museum or in your home. 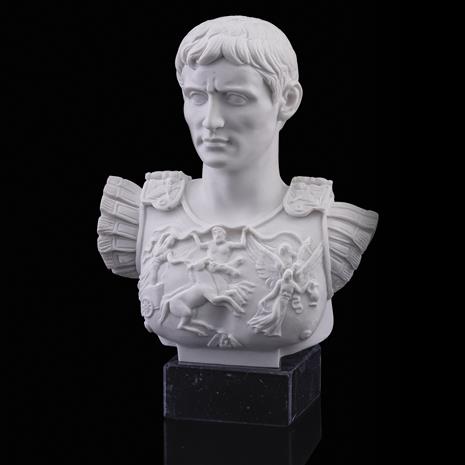