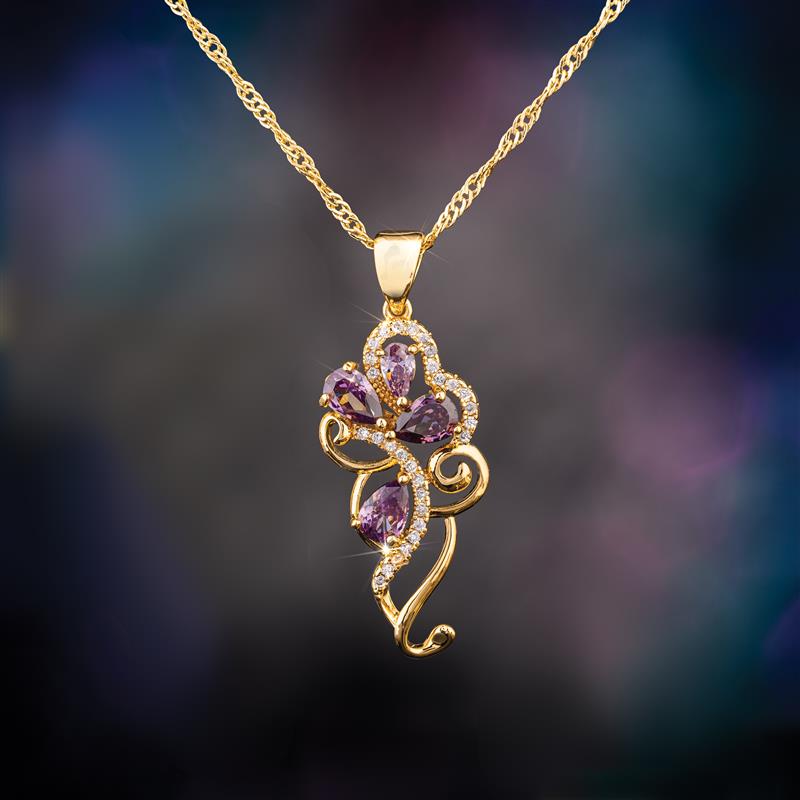 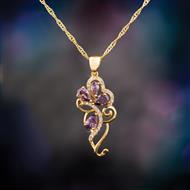 Swirls of sparkle are an ode to art and nature!

What does the word "whiplash" call to mind? The cracking of an archeologist's bull whip on a cavern floor? A car ride or football tackle gone wrong? The inadvertent swivel your head makes when a beautiful woman walks by?

Well, at the turn of the 20th century, the term had a more elegant meaning: Starting in the 1890s, whiplashes were the graceful, swirling lines that became the hallmark of art nouveau. From paintings to stair railings to brooches, these ornamental S-curves were used to evoke movement in stylized depictions of nature's creations - flowers, trees, insects, even a woman's flowing hair. The motif's ubiquity was short-lived; with the start of World War I, sleek industrial lines began to edge out the flowers and their whiplashes. But during its brief reign, art nouveau marked a triumphant departure from stuffy convention in the art world, and its influence continues to echo in jewelry design to this day.

We're paying tribute to an art movement defined by motion with the Dancing Iris Necklace, jewelry inspired by nature. Showcasing The Ultimate Diamond Alternative®, DiamondAura, in yellow gold-finished settings, this necklace features glistening purple teardrops intertwined with swirls of white stones and graceful golden whiplashes. Subtle in its abstract design, yet teeming with sparkle and movement, the Dancing Iris is a contemporary take on a century-old celebration of natural, feminine beauty. Gift it to the muse in your life, and you're sure to whip up an art craze of your own. 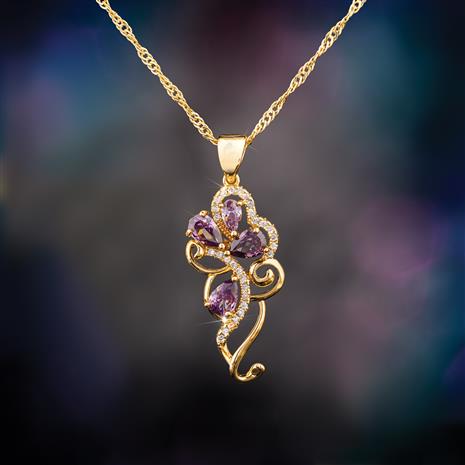