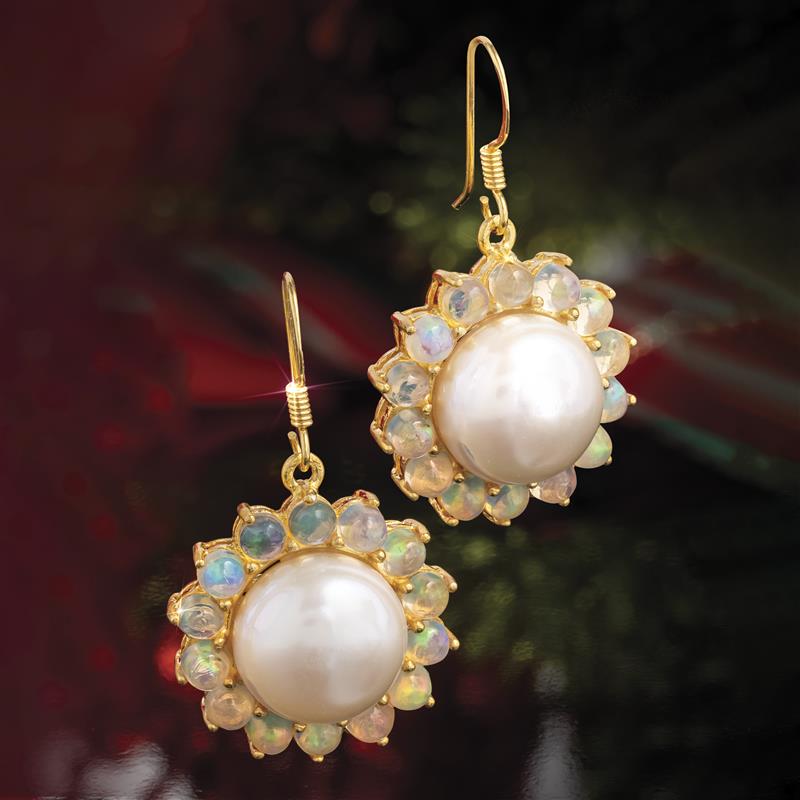 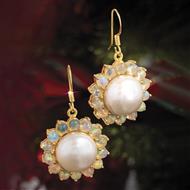 When Jupiter and Venus align

Jupiter and Venus are the brightest planets in our universe, and when they align, they both shine eight times brighter. We have two gems that shine brighter when brought together too. And they both have ties to these stunning heavenly bodies.

It’s easy to see why civilizations throughout the ages have fallen in love with opals. Its pinfire flashes of iridescent colors are unlike any gem on Earth. In ancient Greece it was believed that opal was produced from the tears of happiness shed by Jupiter (also known as Zeus, the king of the gods) after he defeated the Titans.
The pearl and its otherworldly beauty have left its poetic mark on every time period and endures to this day. In Western cultures, the pearl has astrological associations with the planet Venus. Like pearls, the goddess of love came from the sea.

Here, we’ve brought the god and goddess of gems together, surrounding glowing cultured freshwater pearls with kaleidoscopic Ethiopian opals. This combination is beyond spectacular, and a beautiful way to celebrate a relationship where you each make the other shine brighter. 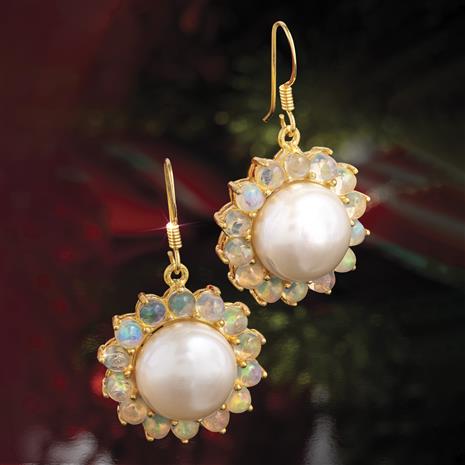