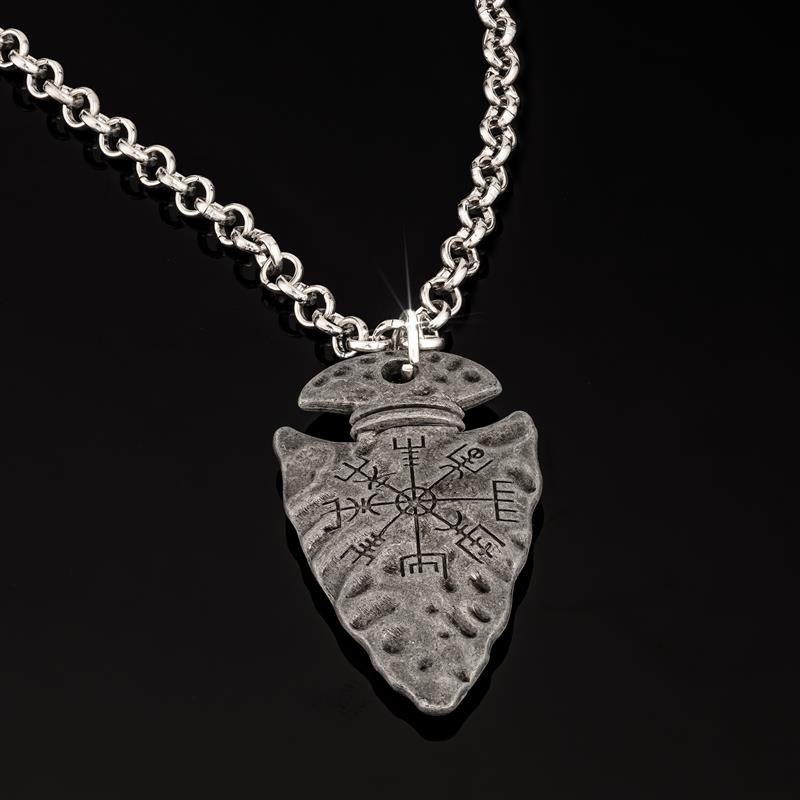 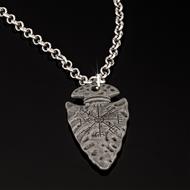 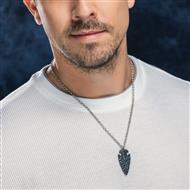 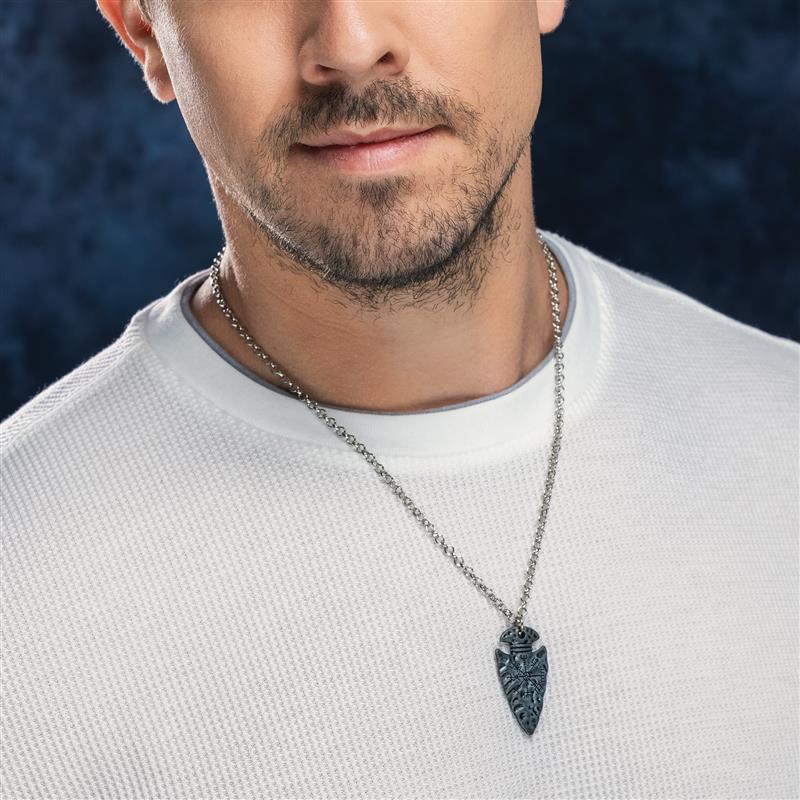 Pretty much everything you know about Vikings isn’t true. The horned helmets? The drinking from the skulls of their vanquished enemies? All false.

What is true? That they’re a fascinating seafaring people that liked to raid, pirate and party. Wanting to learn more about Vikings, I signed on for a stint on Dag

Frederiksen’s latest Norwegian archeological excavation. For putting up with the foul weather, Dag gave each excavator their own Viking talisman.

Mine featured Aegishjalmr, the magical runic symbol of victory and protection. Many Viking warriors painted this symbol on their foreheads, believing it protected them in battle and made their enemies fear them. Because of this, it became known as the Helm of Awe.

Here, we’ve replicated the Helm of Awe into a necklace forged of stainless steel with a black rhodium finish. Embrace the way of the Viking today! — Jack 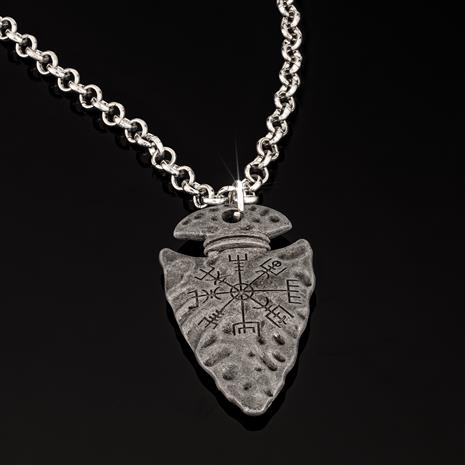