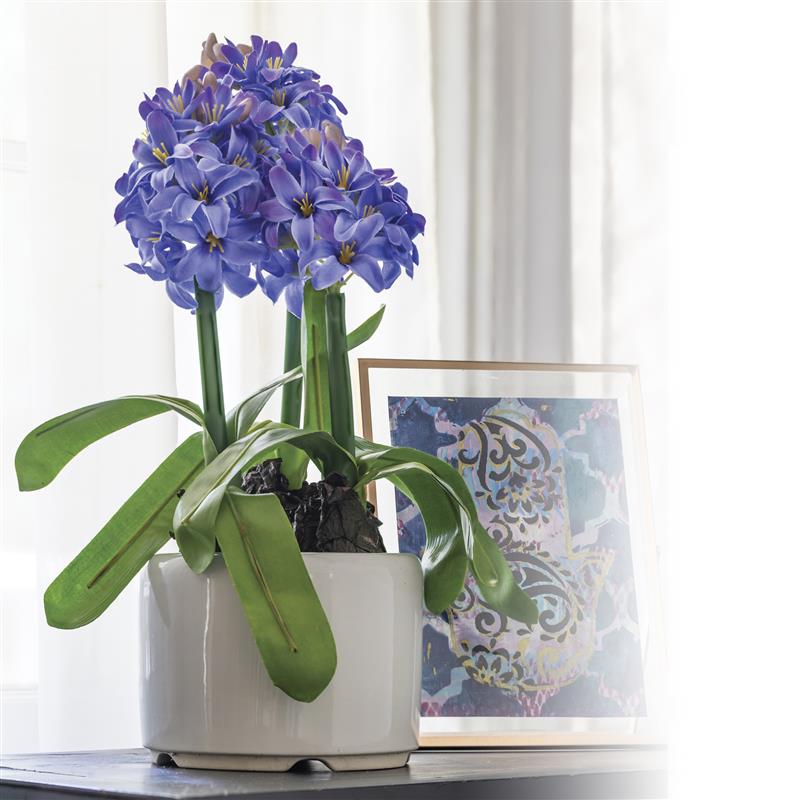 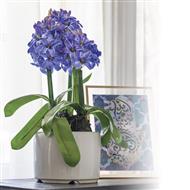 Bring the outdoors indoors everyday of the year!

According to Greek mythology hyacinth got its name when a young boy named Hyacinth was killed when a discus hit him in the head during a game. A hyacinth sprang from the cut in his head as he lay in the arms of the god Apollo, who was wailing in grief. Wild hyacinths have letter-like patterns on their petals which look like the "A" in Greek which indicates the sound of wailing. Polyester blooms. 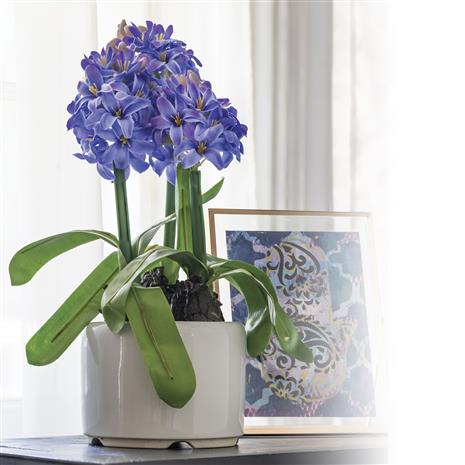