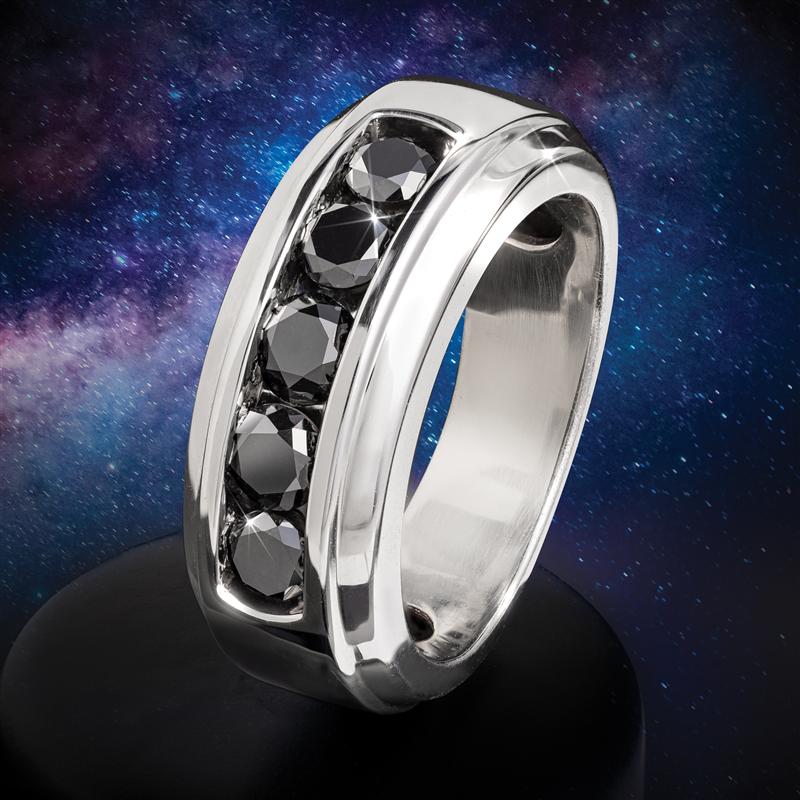 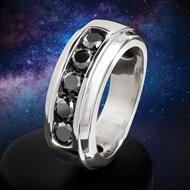 Get into an intergalactic groove

Think you’ve seen it all? Think again. Though black diamonds can be found in Africa and Brazil, no one is really sure how they were formed. It’s true: One of the toughest forms of natural diamonds may not have been created on Earth, or even under it.

Scientists theorize that black diamonds could only be created by an interstellar supernova explosion that took place billions of years ago and light years away. This explosion created a giant black diamond meteorite that smashed into the Earth 4 billion years ago. Scientists came to this theory because of the high levels of hydrogen found in black diamonds, which wouldn’t exist if these gems had formed under the Earth like white diamonds.

Into this otherworldly fray, we give you the Interstellar Black Diamond Ring. This ring showcases one total carat of black diamonds in sterling silver finished with rhodium, an ultra-rare and corrosion-resistant metal that’s harder than silver or gold. Find your intergalactic groove and see for yourself why the Interstellar Black Diamond Ring is the toughest in the galaxy. 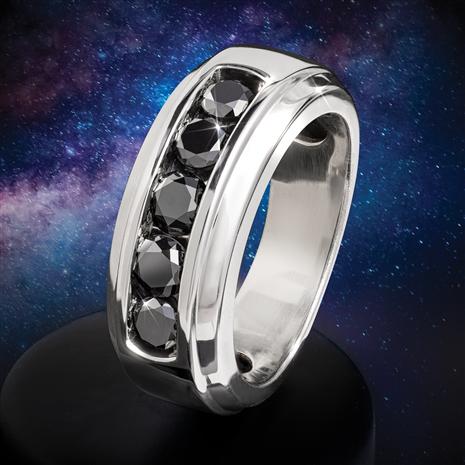