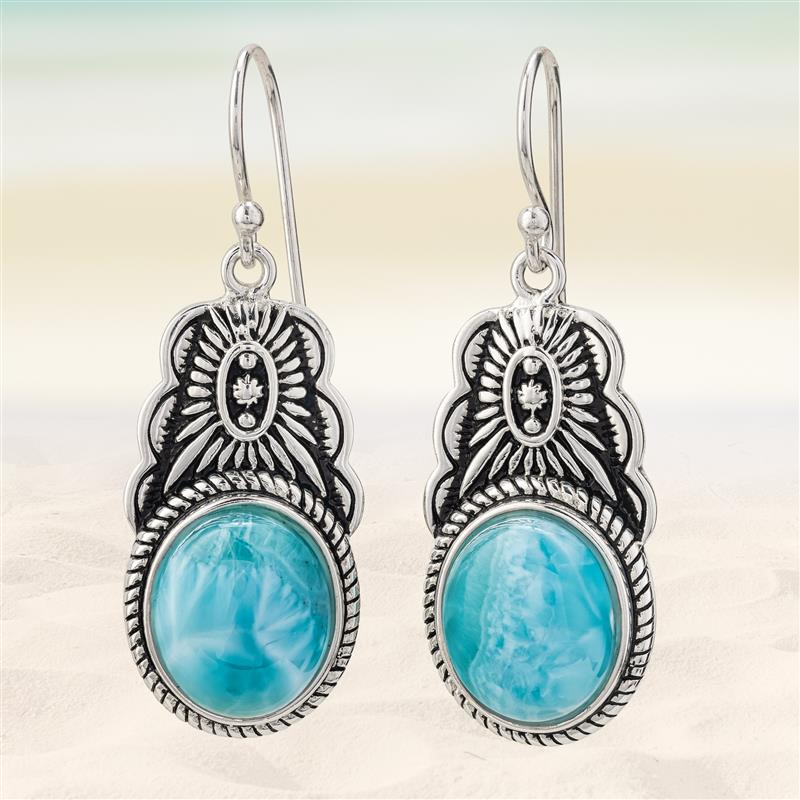 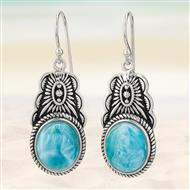 A rare piece of Earth and sky

Beautiful larimar is only found one place on Earth

For hundreds of years, on one specific beach in the Dominican Republic, locals found fragments of a mysterious pale blue gemstone. Legend suggested the gemstones came directly from the Caribbean Sea itself, until, in 1974, a Dominican man named Miguel Méndez decided to turn detective and traced the stones to their source. His quest took him to a tributary river, where Méndez found the world’s only supply of the stone now known as Larimar, which he named for his daughter Larissa, and for the Spanish word for ocean, “mar.”

The Larimar Rarity Earrings feature 12 total carats of rare larimar from that very same source. How can we be sure? Because the precious pale blue of larimar, with its wondrous wisps of white, is unmistakable, and because no second source of the rare gemstone has ever been found. In fact, larimar’s single source makes it so precious that it’s 10,000 times rarer than diamonds. But, provided you know where to look and who to talk to, that scarcity doesn’t mean larimar has to be 10,000 times more expensive, and so our Larimar Rarity Earrings are yours for a song. 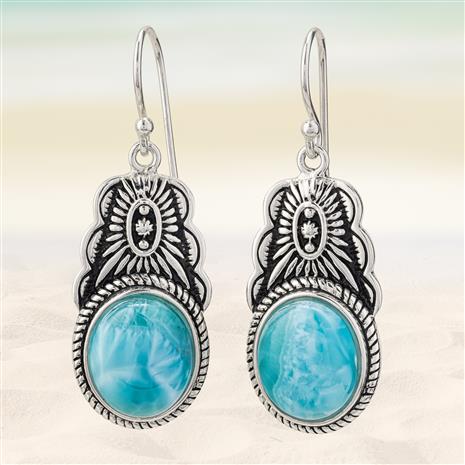