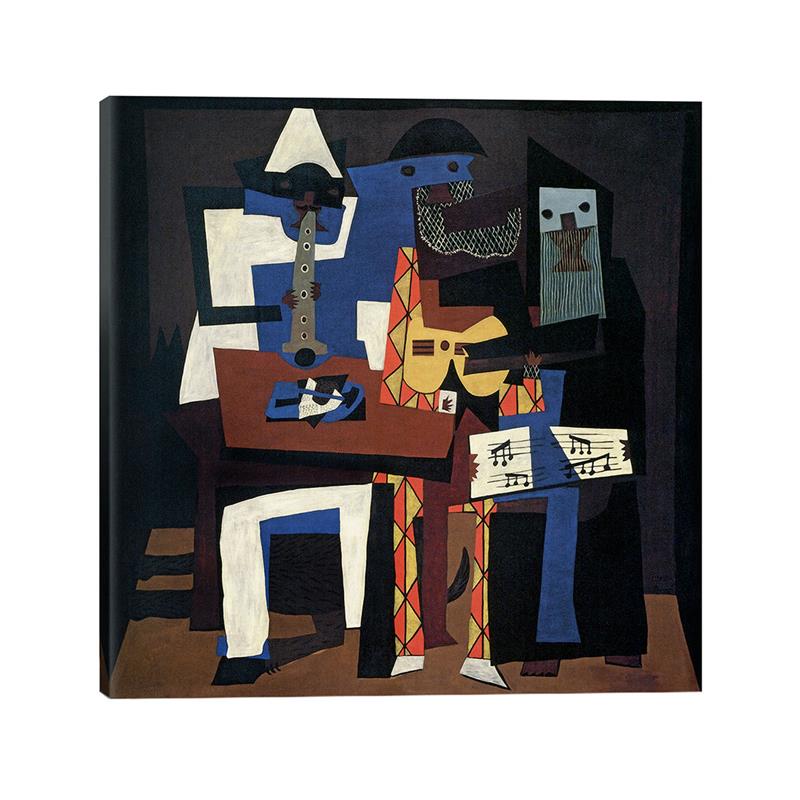 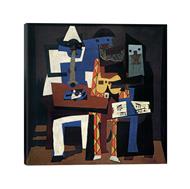 Keep time in all times with Pablo Picasso's Three Musicians

In the art world, few names are bigger than Pablo Picasso. Among his many achievements, the Spanish painter and sculptor co-founded the Cubist movement, invented constructed sculpture, and co-invented collage.

Prolific throughout the course of his long life, Picasso was a revolutionary artist, exploring and developing a wide variety of styles. And one of his most famous works is Three Musicians.

Completed in 1921 near Paris, Three Musicians exemplifies the Synthetic Cubist style; its appearance of flat planes of color and puzzle-like composition echo the assemblage of cut-out paper. Depicted in the collage and oil painting are a harlequin, a pierrot, and a monk, believed to represent Picasso and two of his oldest friends. One of the most famous Cubist compositions of all time, the work also references other hallmarks of Cubism throughout.

Today, two versions of the painting exist: one at the Museum of Modern Art (MoMA) in New York City; the other in the Philadelphia Museum of Art. But through this special offer, you can save the airfare and own your very own Picasso! 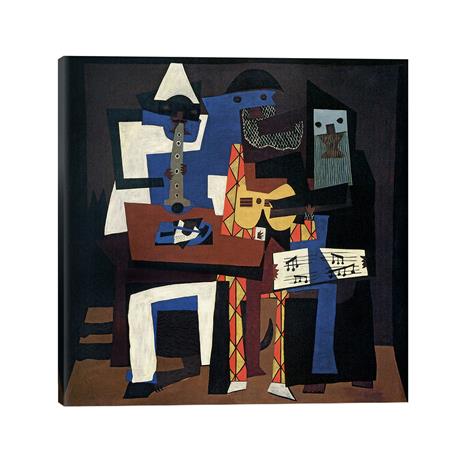