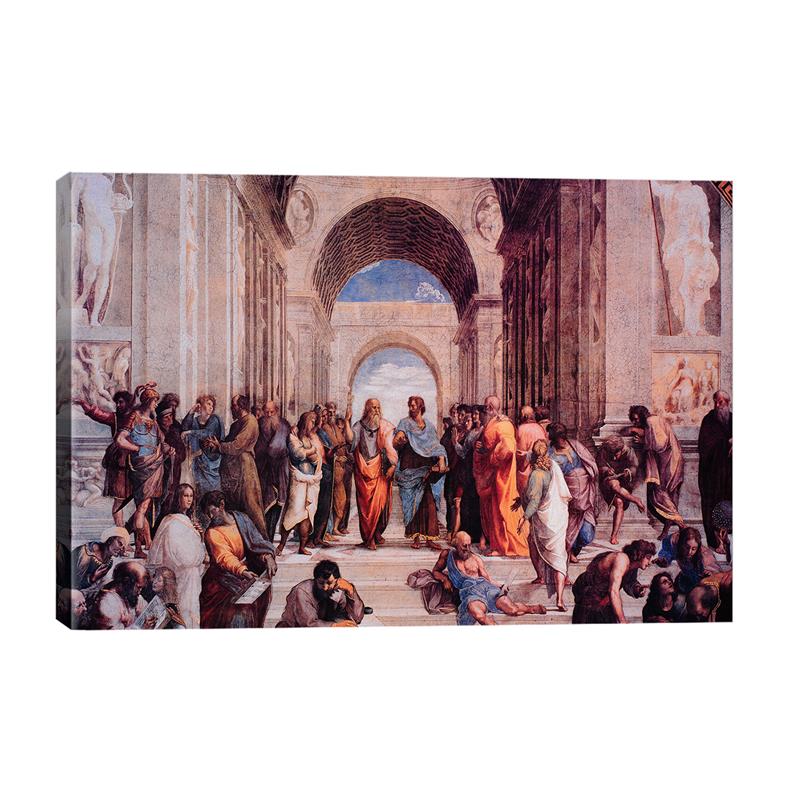 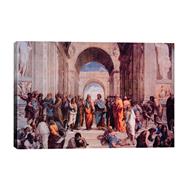 Raphael's The School of Athens celebrates the thinking man

Walking through a hallway of imposing classical architecture, Plato and Aristotle are locked in a conversation. Surrounding them, striking various poses, is nearly every great philosopher of ancient Greece: Pythagoras, Diogenes, Euclid, Zoroaster, and Ptolemy.

What is this meeting of the world's greatest minds? It's The School of Athens, a masterwork for the thinking man. Long considered Raphael's masterpiece, this fresco is the very embodiment of the Renaissance's classical spirit. Figures in this fresco represent each subject that must be mastered in order to hold a true philosophic debate: astronomy, geometry, arithmetic, and solid geometry.

Painted between 1509 and 1511 in the Apostolic Palace of the Vatican, this work represents philosophy and is positioned to face another fresco depicting theology, setting up a contrast between religious and lay beliefs. For those with eagle eyes, pay attention: the model for Plato is actually Leonardo da Vinci, who Raphael learned accurate perspective projection from; Raphael himself has a cameo standing next to Ptolemy.

For the man who enjoys an intelligent debate, this artfully rendered replica is the way to keep your mind engaged. 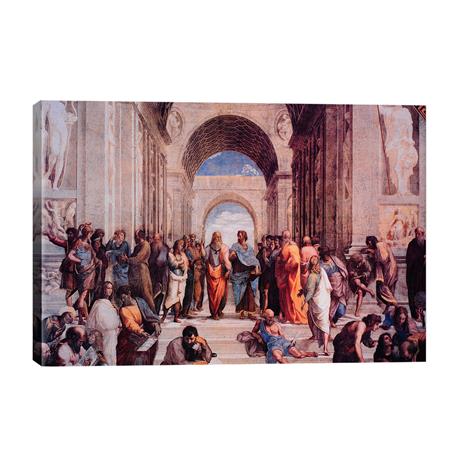