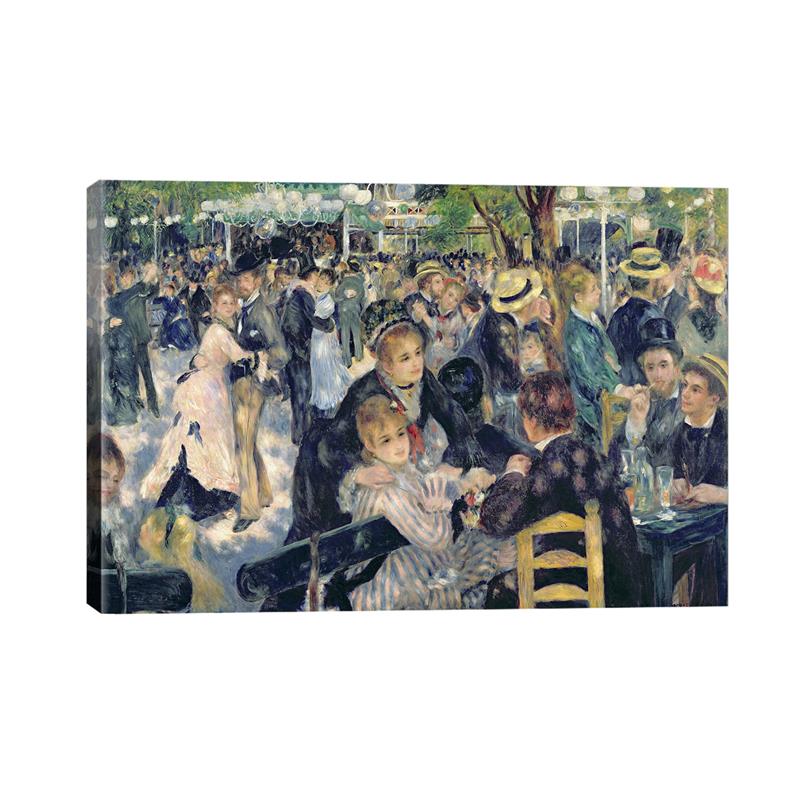 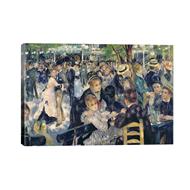 Set in a bustling outdoor dance hall in the heart of Paris, Renoir offers us a glimpse into life and leisure during France's Belle Époque.

The Dance at the Moulin de la Galette (also known as Bal du moulin de la Galette) is hailed as one of Pierre Auguste Renoir's most important works of the mid 1870s. The Moulin de la Galette, named after one of the three windmills in the neighborhood, was an open-air dancehall and café that was frequented by many artists living in Paris. Renoir attended Sunday afternoon dances and enjoyed watching the happy couples. For him, it provided the perfect setting for painting his favorite subject matter:  people. And, in this case people he knew.

According to Renoir's friend Georges Riviere the three men seated at the right are Riviere himself and the painters Pierre Franc-Lamy and Norbert Goeneutte. Next to them are one of Renoir's models and her sister, while to the left the two most prominent dancers are another of Renoir's models, Margot, and the Cuban painter Pedro Vidal de Solares y Cardenas. Several of the other dancers were also friends of Renoir.

Known for his pleasant paintings, Dance at le Moulin de la Galette is regarded as one of the happiest compositions in Renoir's oeuvre. Today, it is on display at the Musee d'Orsay in Paris and is one the most celebrated works in the history of Impressionism. 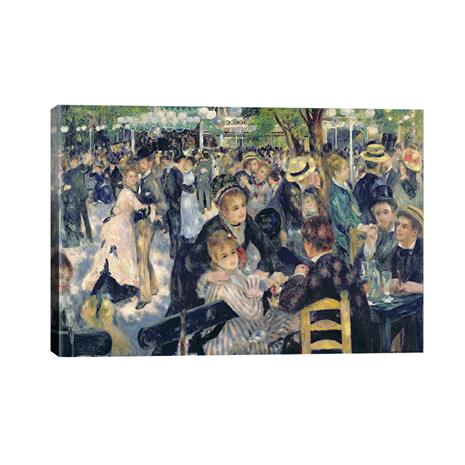