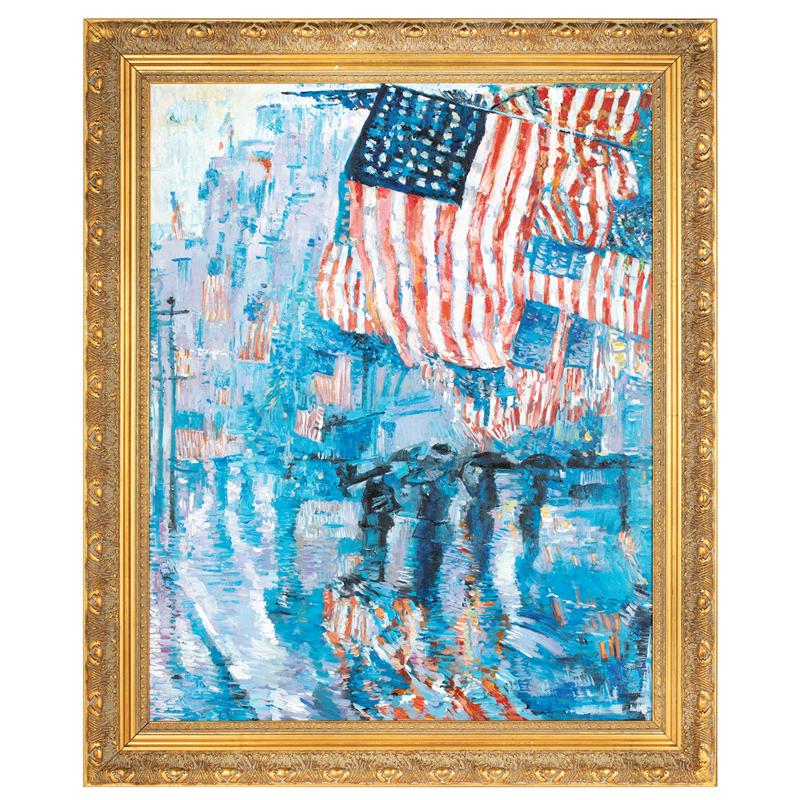 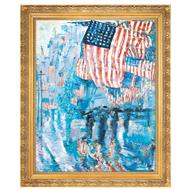 The Avenue in the Rain by Frederick Childe Hassam

These masterpieces are not mass produced- each one is created one brush stroke at a time.

This painting of American flags on Fifth Avenue in Manhattan is by one of the most prominent American Impressionists of the early 20th century, Frederick Childe Hassam, and is one of six works by Hassam in the permanent art collection of the White House. Fifth Avenue was frequently decorated with American flags as the United States debated entry into World War I. This piece was completed in February of 1917, barely two months before Congress declared war on Germany on April 6th.

As an art lover, I would stand in the Musee d’Orsay all day, hypnotized by the tiny brush strokes and sublime swirls of color. And part of me always wanted to bring home a Picasso, Matisse or a Van Gogh. But then there was always that issue of price. I never seemed to have an extra $100 million lying around. Now I don’t need it.

Officially, I’m not an art historian. But I’ve been to some of the finest museums in the world and have to say that the detail and craftsmanship in these paintings is remarkable. If you’ve ever stood face to face with a true masterpiece, you know that there’s no substitute for real oil paint on canvas. These reproductions are created one brush stroke at a time, by classically trained artists, using the same “impasto” technique of the original masters. There’s no computer manipulation and no assembly line. In fact, it takes at least 10 days before the paintings are even dry enough to handle.

Each masterpiece reproduction is a genuine, hand-painted oil on canvas, set into a 23" x 18" antiqued-gilded frame. 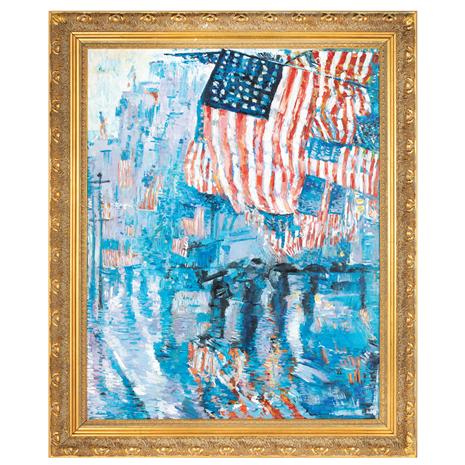