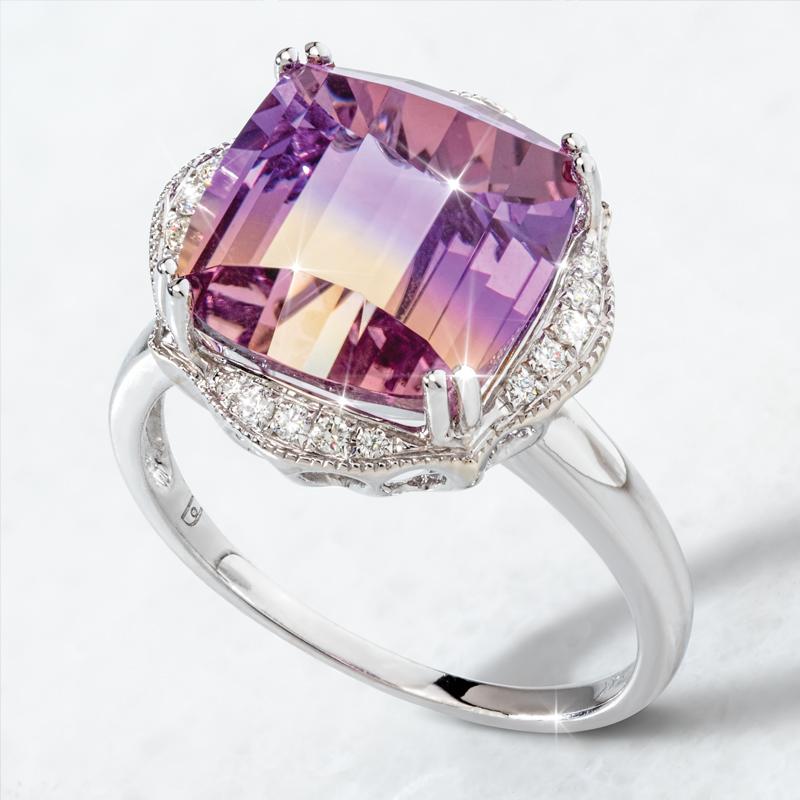 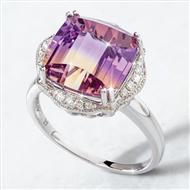 Ametrine, a rare gemstone that blends the rich purple of amethyst with the sunny gold of citrine is only found one place on earth

The presence of two beautiful gemstones–– amethyst and citrine–– in one gemstone is incredibly rare. So rare that ametrine can only be found in the Anahi mine in southeastern Bolivia.

Legend has it that a Spanish conquistador discovered the mine’s location in the 1600s and introduced the gem to Europeans when he presented several specimens to his queen. The mine had been given to him as a dowry when he married a native princess named Anahi. After that, the mine was lost for more than three centuries. Rediscovered in the 1960s, the mine’s ametrine began appearing on the market again during the 1970s. Today the mine, named Anahi for the legendary princess,is the sole source for this legendary gemstone.

This ring celebrates the rare beauty of ametrine with over 6 carats of perfectly-faceted cushion-cut splendor set in 14K white gold. Ametrine’s colors blend, combine, and contrast uniquely in each gem, so you are guaranteed a gem unlike any other in the world. Absolutely perfect for celebrating a one-of-a-kind love. 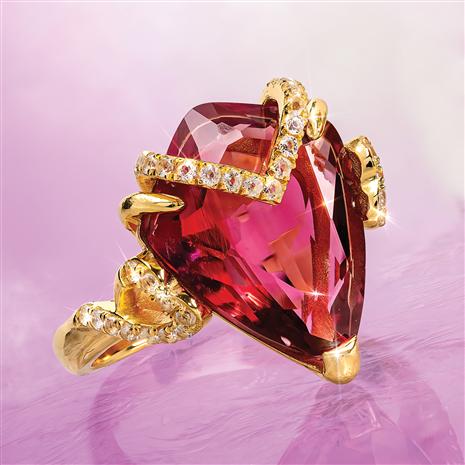 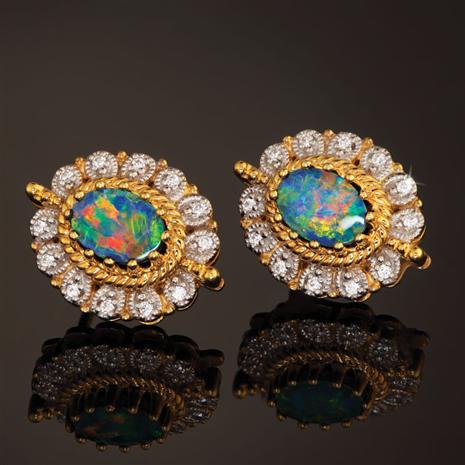 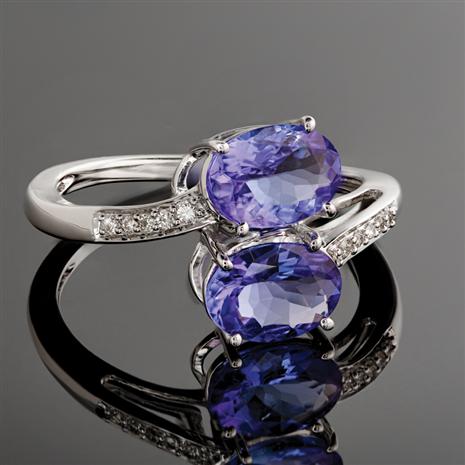