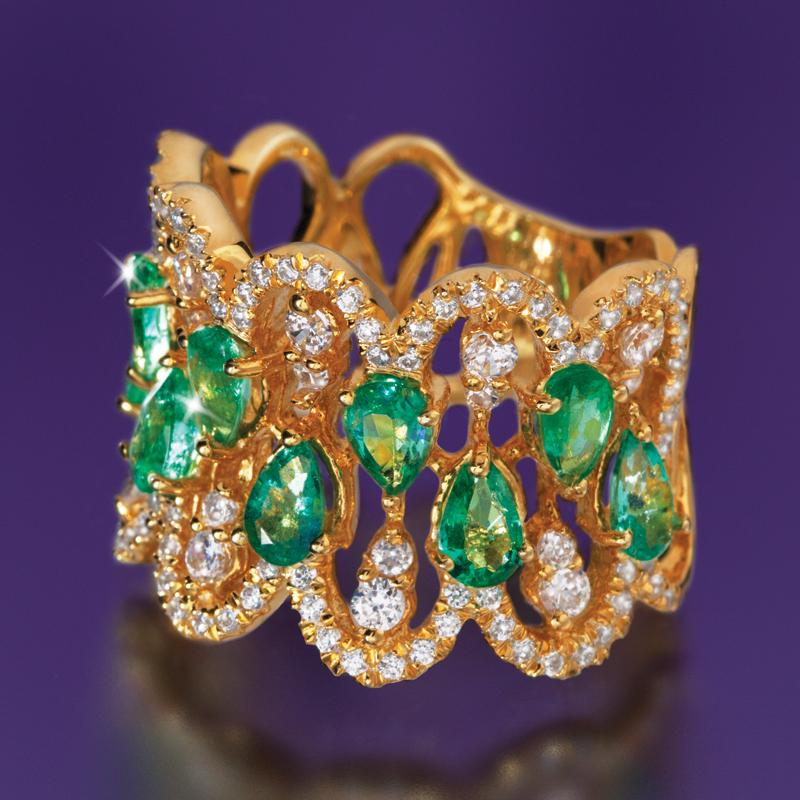 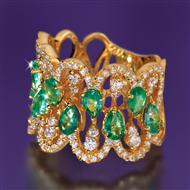 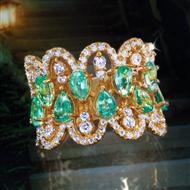 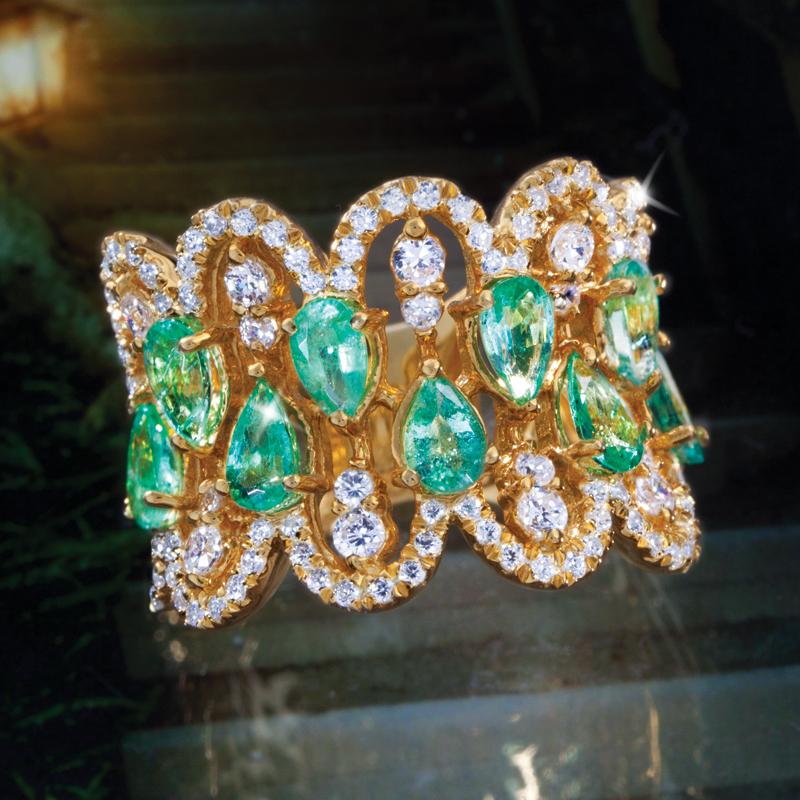 A crown of emeralds fit for the finger of a queen

The folklore of ancient Albion â aka Britain â claims that the entrance to the realm of the “wee folk” can be found inside every “fairy ring” â Â naturally-forming circles of mushrooms or toadstools where legends say that fairies and elves have frolicked under the light of the moon, in the court of the Faerie Queen. Every queen deserves her crownâ¦ even fairy queens. That’s why we’ve created the Gloriana Ring.

Our Gloriana Ring is a gold-finished sterling silver “fairy crown” of interlocked genuine emerald teardrops. The nine emeralds glow with an otherworldly green hue. Imported straight from Fairyland â aka Zambia â these emeralds are harder than those imported from traditional sources, such as Colombia. And the face of the ring glitters with more than 100 lab-created DiamondAuraÂ® rounds that sparkle like star dust. You could pay as much as $55,000 for just one carat of the finest Colombian emerald, but the Gloriana gives you 2 Â¼-carats for less... much less! Â You don’t have to be a member of fairy tale royalty to wear the Gloriana â but you’ll look just like a queen straight out of a story book. 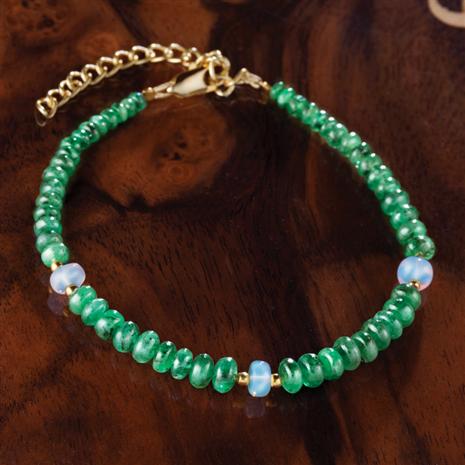 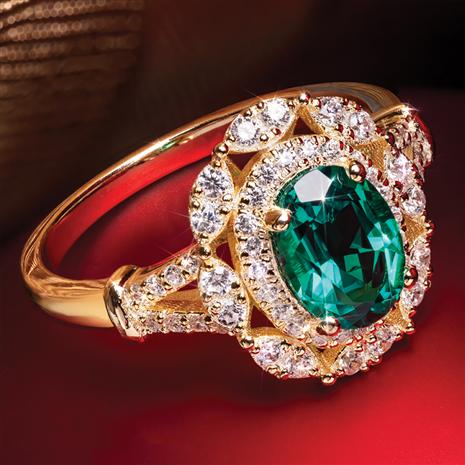 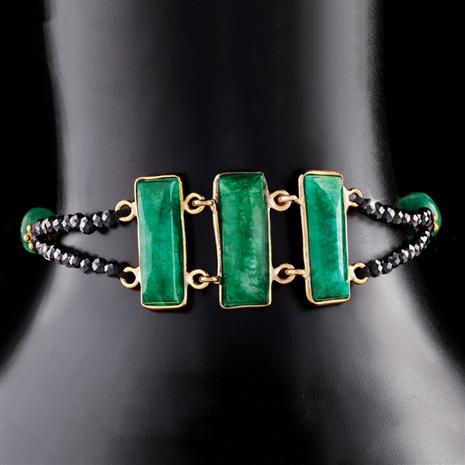 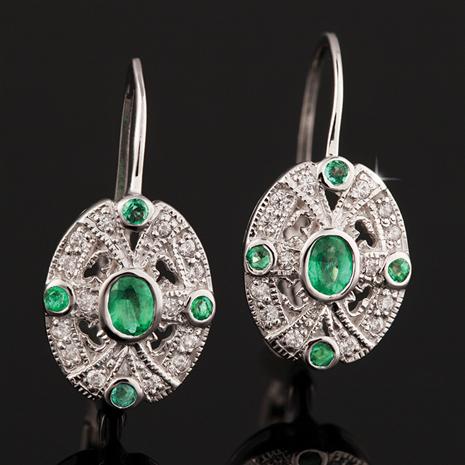