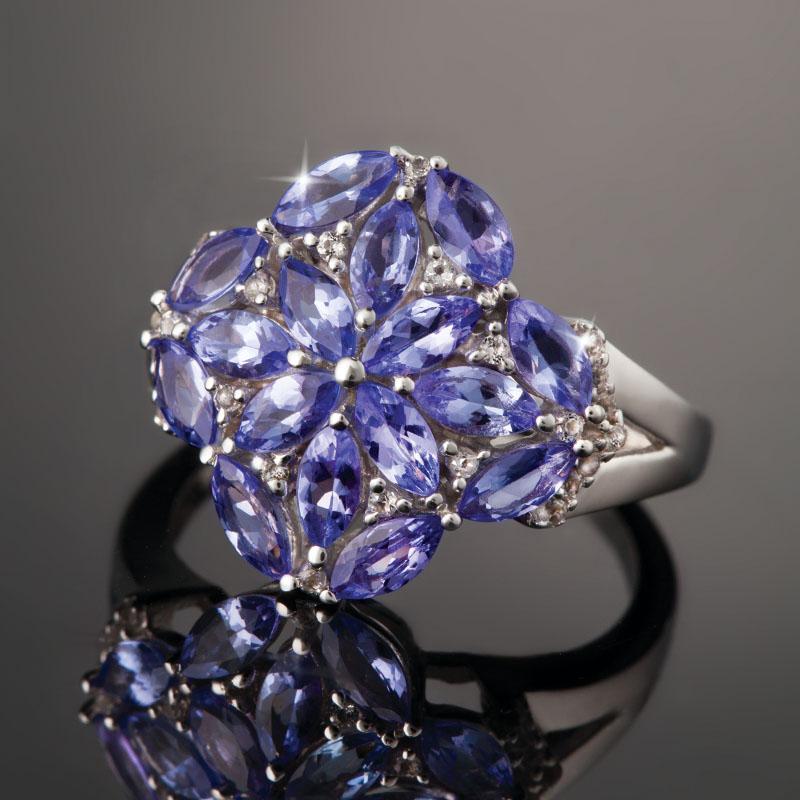 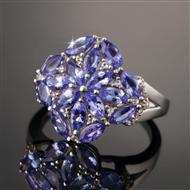 For this ring, we have a man name Manuel de Souza to thank. De Souza was a tailor and part-time gold prospector in Tanzania when he came across some vivid blue and violet gem crystals near Mount Kilimanjaro. At first he thought it was blue topaz, but realized he was wrong and sent the gems away for examination.

As it turns out, he'd found an entirely new stone that day in 1968. Tiffany and Co. named the stone Tanzanite after the country it was found in, and naturally formed Tanzanite is extremely rare. In fact, it's so rare that it only comes from one place on earth, the Mererani Hills of Northern Tanzania.

In celebration of this rare find, we've crafted the Heart of Africa Ring, available only through Stauer. For this ring, we've fashioned more than two carats of rare, genuine Tanzanite and white Topaz into a beautiful flower shape. This stone is so beloved that the American Gem Trade Association changed its December birthstone listing to Tanzanite, the first such change to their list in 90 years. And they aren't the only ones who love Tanzanite.

Among its rare properties is its strong trichroism, meaning that it can alternately appear violet, burgundy or sapphire blue, depending on which way you turn the crystals. Different lighting conditions create different effects as well. It's pretty much guaranteed that this is one stone you'll never tire of looking at. 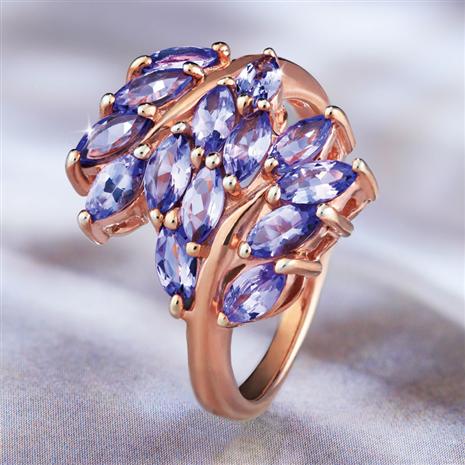 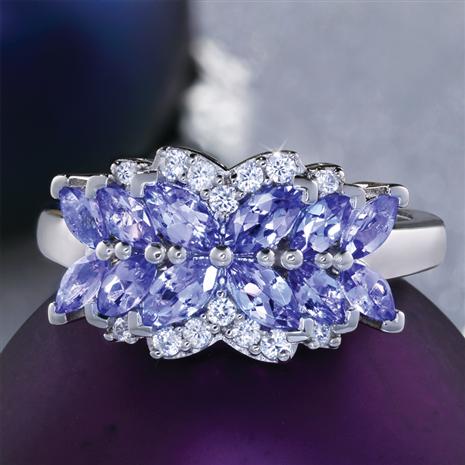 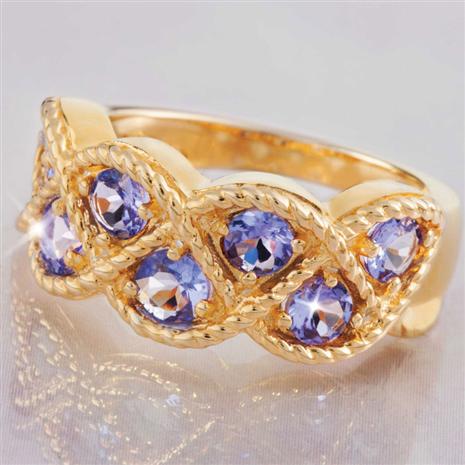 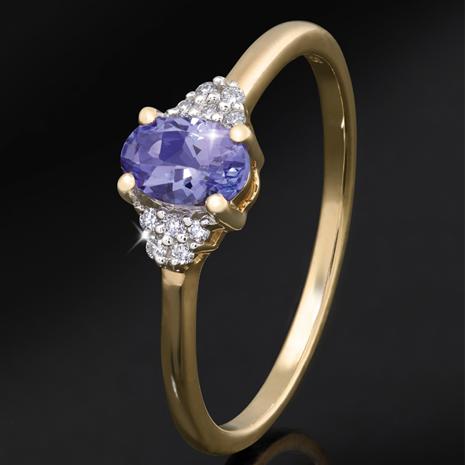