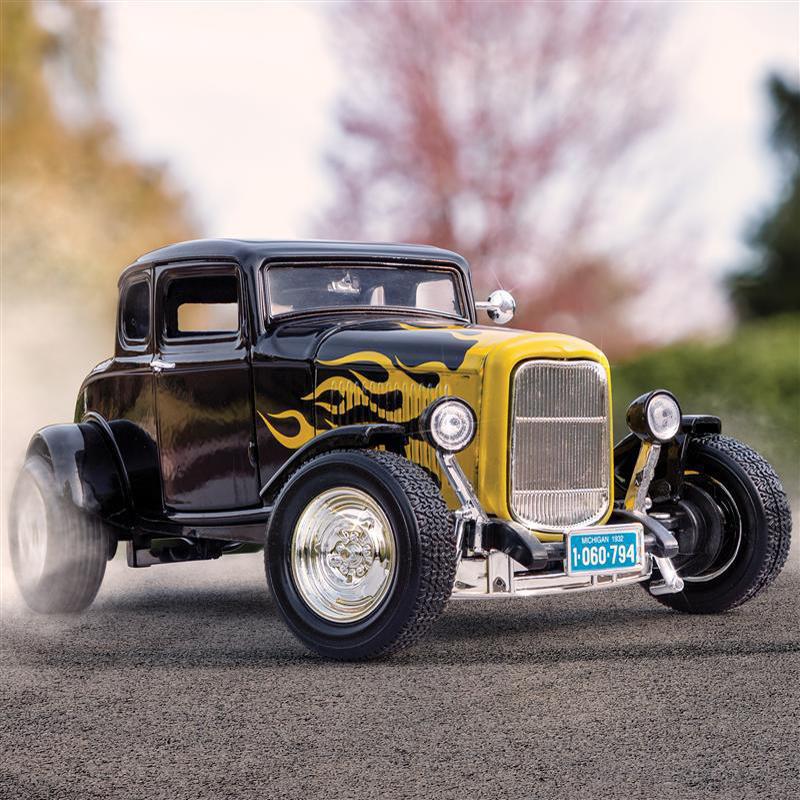 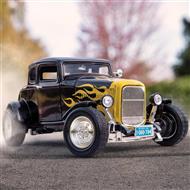 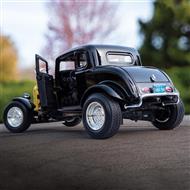 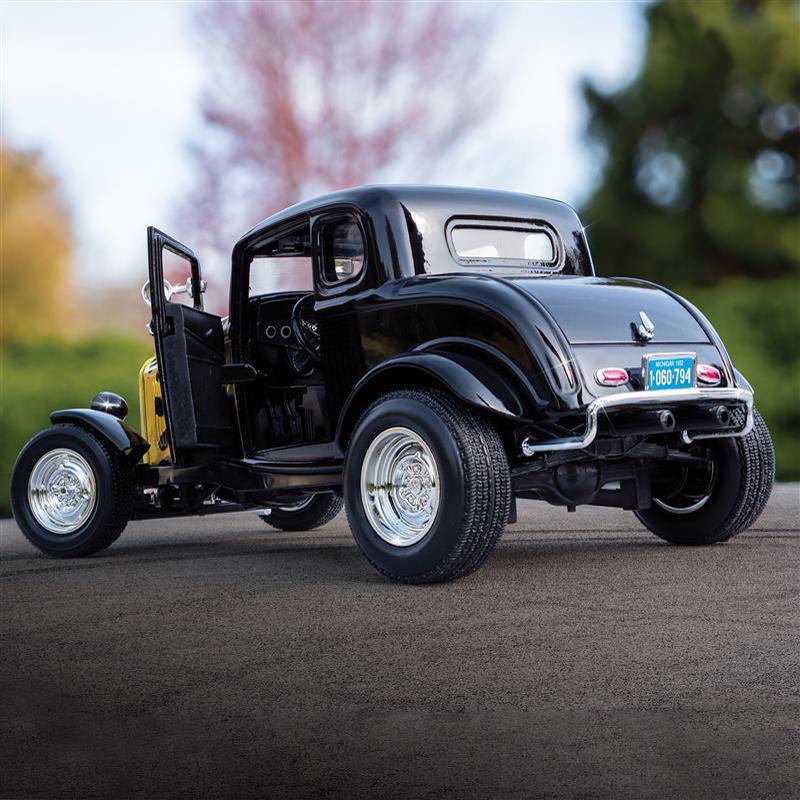 The hottest of hot rods is ready to roll

"I'm not bragging babe so don't put me down," but the 1932 Ford Coupe, better known as the Deuce Coupe, inspired an album in 1963 by California boys Brian, Dennis, Mike and Carl and stole the spotlight in the beloved 1973 American coming-of-age movie. It represents an era when American auto manufacturing was, without doubt, the very best in the world. But it also represents the hot rod era, when kids could afford to buy a Deuce Coupe and soup it up, hoping to have themselves “the fastest set of wheels in town.”

This die-cast 1:18 model leaves no doubt as to why the "Little Deuce Coupe" is an American icon. Introduced by Ford in 1932, the "2" in 1932 is the “deuce” and this car was considered the very definition of the American Hot Rod.

With the classic five-window shape, the black paint with roaring flames, and the unmistakable vertical grille and headlights that gives the car real personality, this is a classic hot rod Deuce Coupe. The model also features doors that open and close and a fully functional steering mechanism.

If you have a collection of American cars, this classic beauty has to be in it, not least because, "she'll do a hundred and forty with the top end floored." So we won’t challenge you to race us for it, but we are offering to hand over the pink slip on this Little Deuce Coupe. 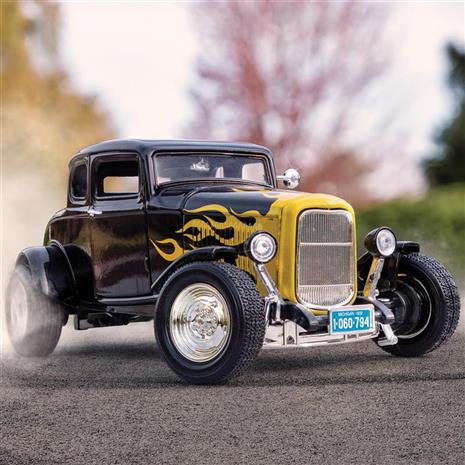