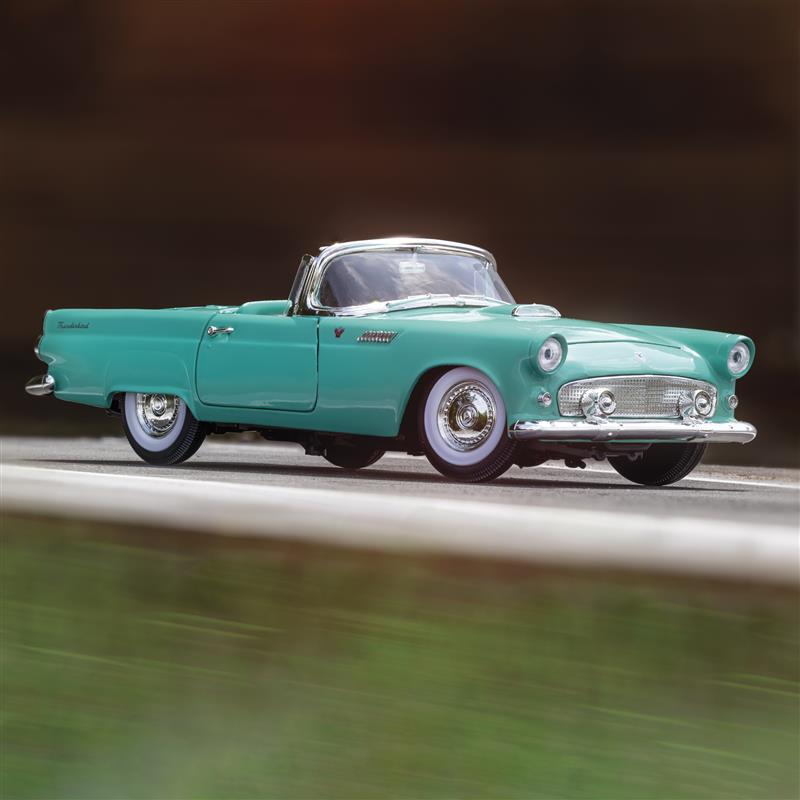 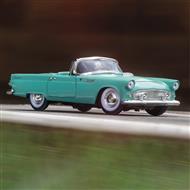 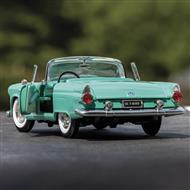 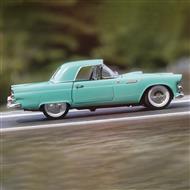 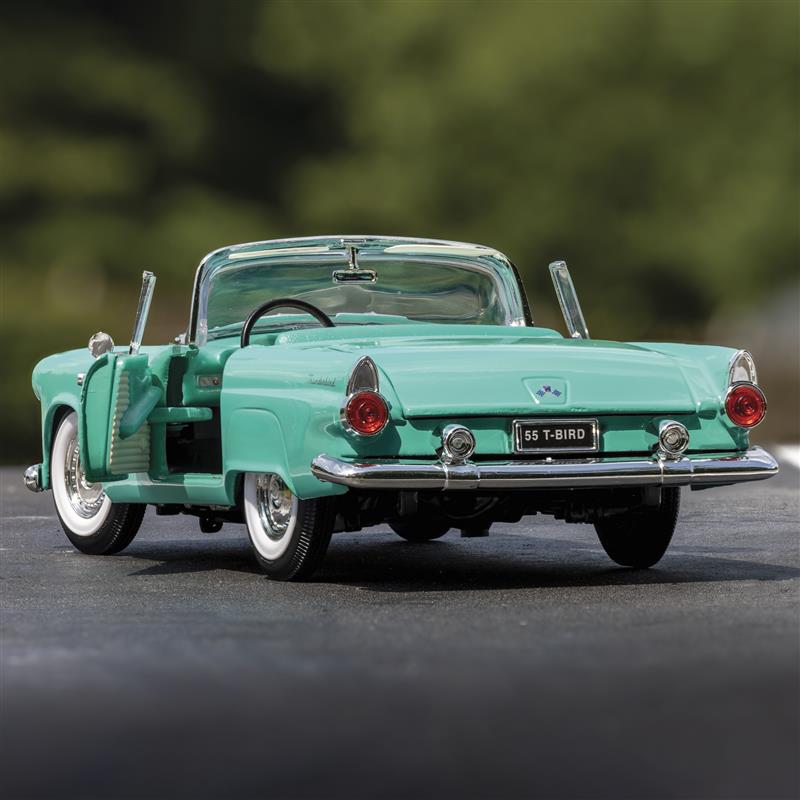 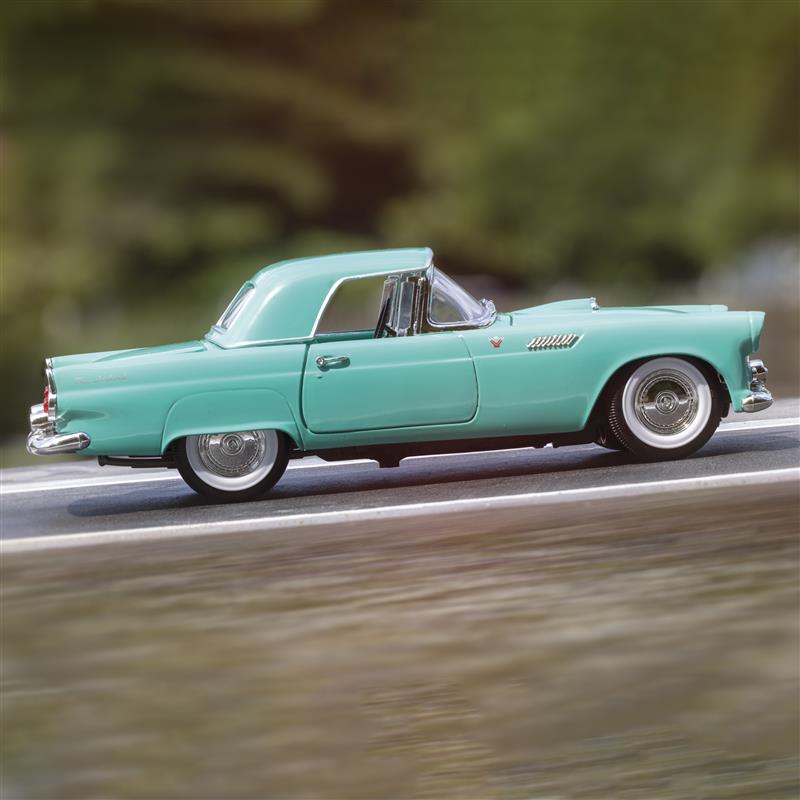 Cool to a T

The 1955 Ford Thunderbird... an all-American classic

Seventy years ago in Paris, two Ford big-wigs saw something that caught their eye. Gawking over some European sports car, one turned to the other and asked, "Why can't we have something like that?"

Quick on his feet, the other responded "Oh, we're working on it."

It was a fib that inspired the creation of one of the most classic cars in history: the 1955 Ford Thunderbird. Advertised as "a personal car of distinction," the endearingly termed T-bird was an immediate success. With its sleek lines, youthful presentation, long hood and short deck, drivers were eager to get behind the wheel of Ford's uniquely American revision of a European roadster.

Though arguably the most stylish car that the Blue Oval ever put out, it wasn't just a pretty face. The two-door's V-8 engine meant it could really move, beating out rival foreign production sports cars at the Daytona Speed Weeks in 1955, topping out at 124.6 mph.

In honor of one of the most iconic cars of all time, we've recreated this timeless coupe as a die-cast replica. Sporting a seafoam green body and a 1:18 ratio, our version is the next best thing to driving a real T-bird. This year's model is an exhaustive reconstruction, down to the chrome detailing. And hey, if the weather is nice, it even has a removable hardtop for ride in the country.

Never mess with an American classic. Take home this car and understand why the 1955 Ford Thunderbird remains cool to a T. 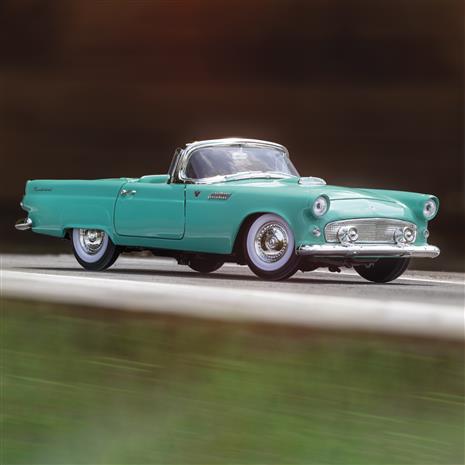