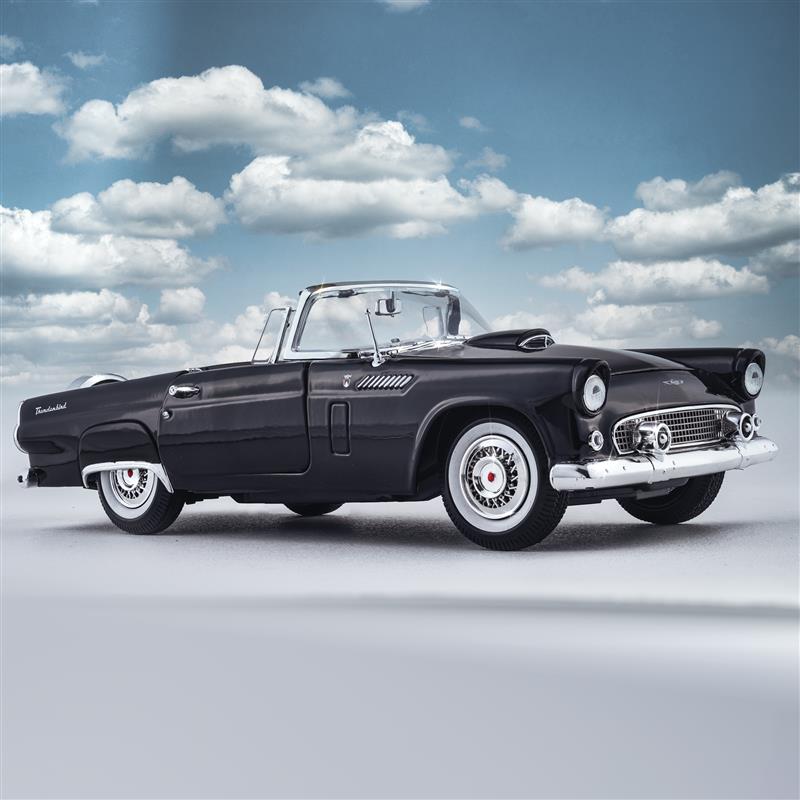 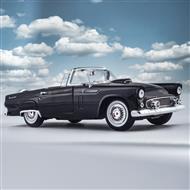 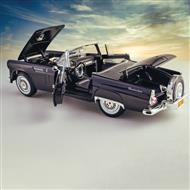 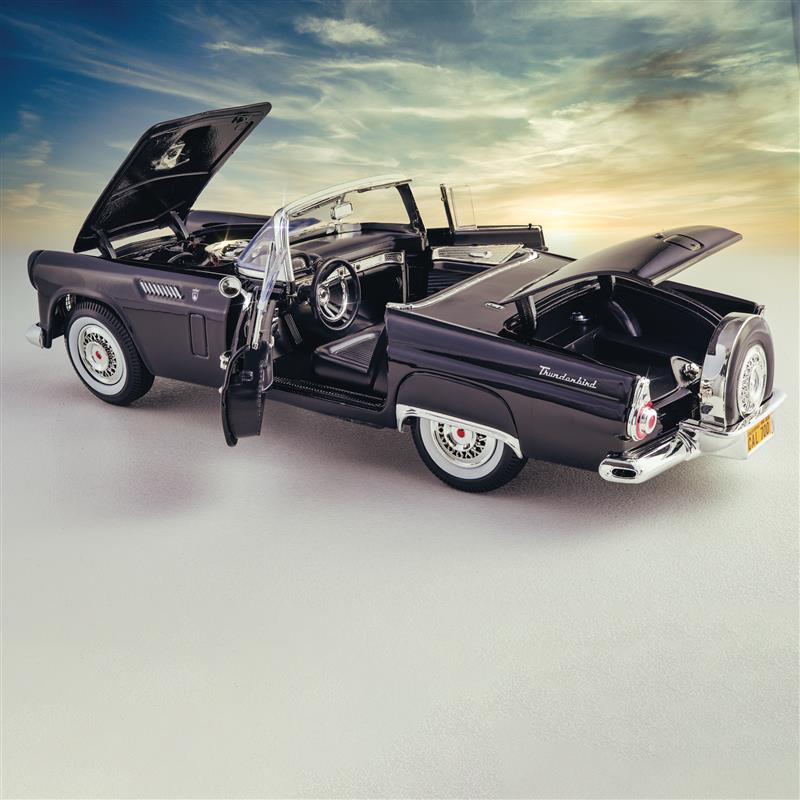 With its sleek lines, youthful presentation, long hood and short deck, the endearingly termed T-bird was unlike anything the world had seen before. Advertised as “a personal car of distinction,” Ford’s uniquely American revision of a European roadster was an immediate success when it debuted in 1955. Arguably the most stylish car that the Blue Oval ever put out, the 1956 Thunderbird also had muscle under the hood. At the Daytona Speed Weeks in 1955, the Thunderbird beat out rival production sports cars, topping out at 124.6 mph. 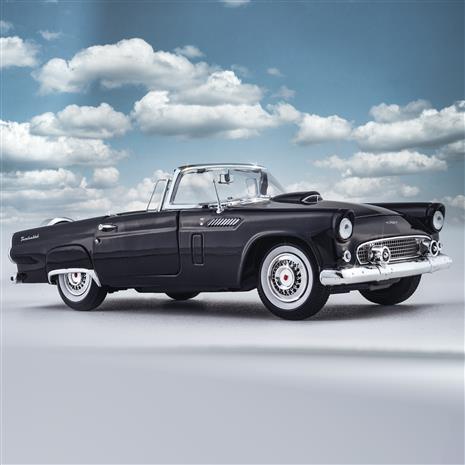