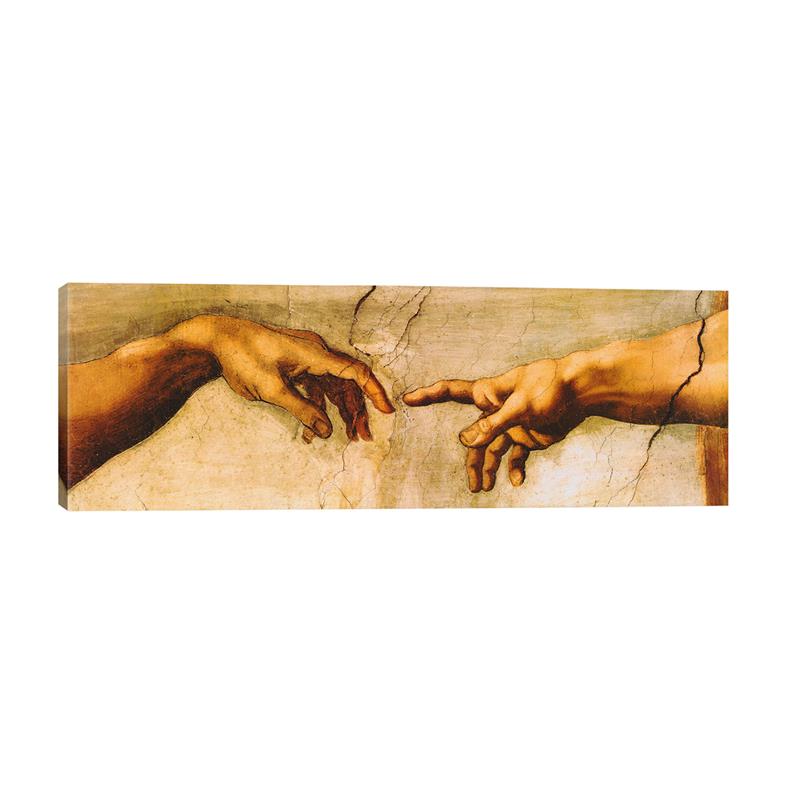 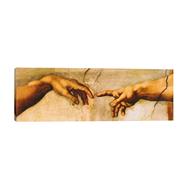 One of the world's greatest masterpieces was inspired by a fit of jealousy.

Italian architect and painter Donato Bramante was so envious that Michelangelo had been commissioned to build the tomb for Pope Julius II in 1505 that he convinced the Pope to assign Michelangelo the task of painting the ceiling of the Sistine Chapel. As Michelangelo was more unfamiliar with that medium, it was Bramante's hope that Michelangelo would fail.

Instead, the cornerstone of High Renaissance came to be. Depicted on the ceiling of the Sistine Chapel are nine scenes from the Book of Genesis, of which The Creation of Adam is the most famous by far.

This fresco, painted circa 1510, illustrates God giving life to Adam. God's arm is outstretched to meet Adam's imparting the spark of life from his finger in a reminder that man is created in the image and likeness of God. Now, one of mankind's greatest achievements can now reside in your home. 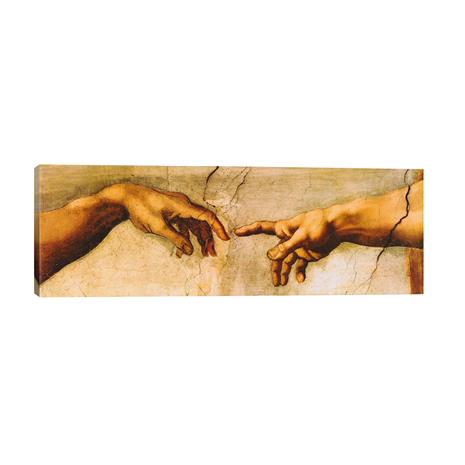