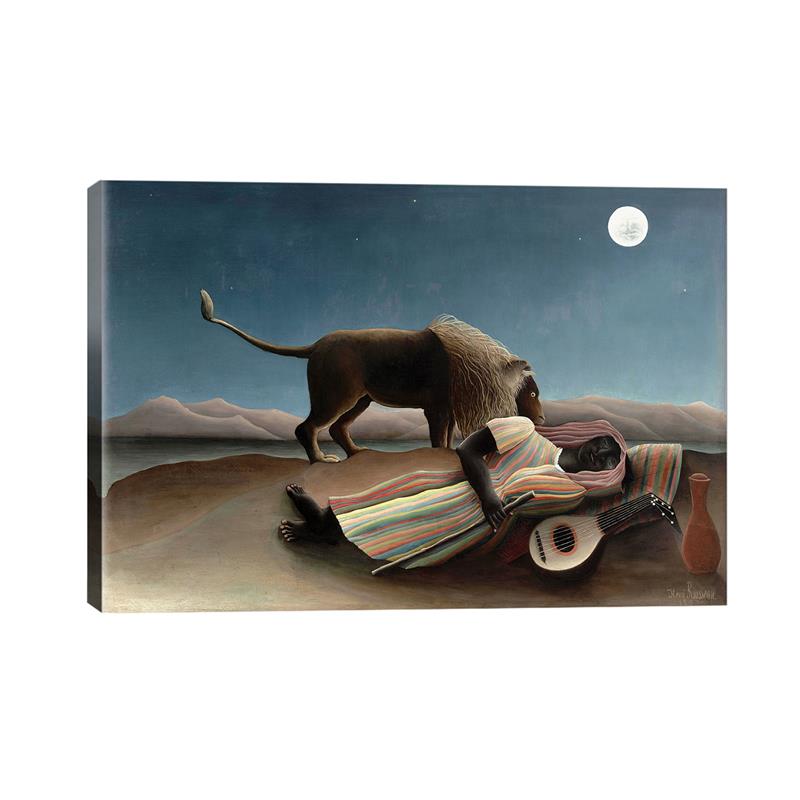 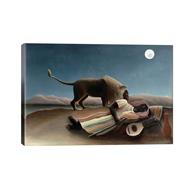 Thinking outside the art

The Sleeping Gypsy by Henri Rousseau is regarded as one of the greatest modern paintings of the late-19th century.

Henri Rousseau, known as "Le Douanier" after his career as a toll collector for the city of Paris, is the most famous exponent of "Outside Art", that is, paintings produced ‘outside' the established art world. He began teaching himself how to paint from the age of 40. Within two years he was a regular exhibitor at the annual Salon des Independents in Paris, and at the age of 49 he took early retirement to become a full-time painter. Innocent and unsophisticated, Rousseau developed his own unique style of modern art–- a surrealistic blend of primitivism and pure fantasy.

The Sleeping Gypsy created by Rousseau in 1897 is a masterful composition that somehow employs hard lines and a flat perspective to a great advantage. With its flat planes of pure color, simple geometric forms, dreamlike atmosphere, and exotic subject, The Sleeping Gypsy asserted its status as a new kind of modern art.

Denied the official acceptance he craved, he later became a hero, although somewhat unwittingly, to the early-twentieth-century avant-garde painters, who claimed him as one of their own. Today, Henri Rousseau's paintings are highly valued and prominent in the world's leading art museums. In 1924, The Sleeping Gypsy was bought by Picasso's former dealer, the German-born Daniel-Henry Kahnweiler (1884-1979) after which it was acquired by art historian Alfred H. Barr Jr. for the Museum of Modern Art in New York. 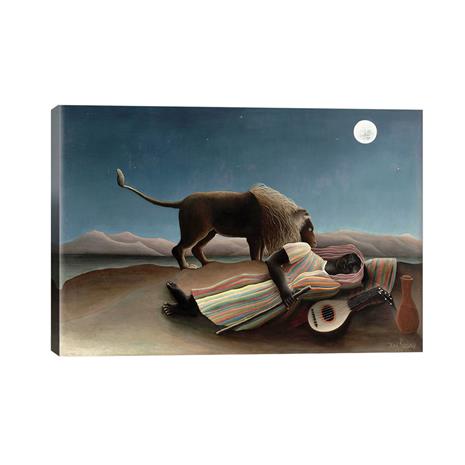