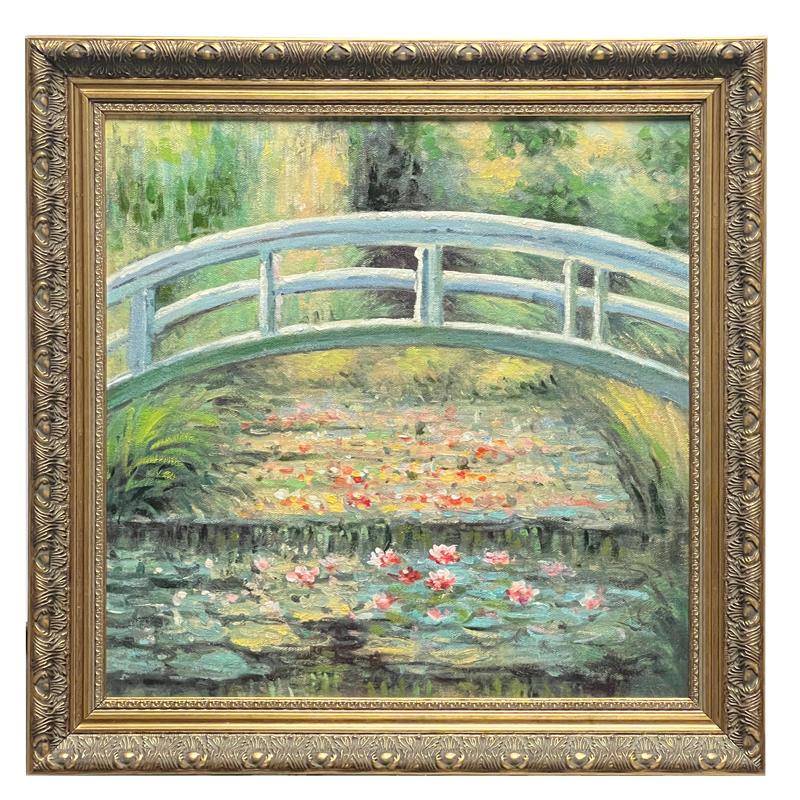 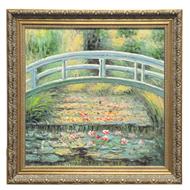 By the 1890s, the financial worries that had plagued Monet for most of his life were coming to an end and he was able to buy his beautiful estate in Giverny, France. For the first time he was able to lavish his money on his own home and garden, resulting in a stunning and unique property, which included the legendary garden - designed by the artist - and its Water Lily Pond. Incredibly, he only painted about three works of the lily pond up to 1897. This work, from 1899, is exquisite in its composition of background trees, weeping willow, and the bridge, which underwent many alterations up to 1910. In a letter, Monet described how he had planted the water lilies for fun–– he had never intended painting them, however, once they established themselves they became a prime source of inspiration. He wrote: “I saw, all of a sudden, that my pond had become enchanted... Since then, I have had no other model.”

This was created one brush stroke at a time by a classically trained artist, using the same “impasto” technique of the original masters. There’s no computer manipulation and no assembly line. In fact, it takes at least 10 days before the painting is even dry enough to handle. Hand-painted oil on canvas, set into a 22.25 x 22.25" antiqued-gilded frame. 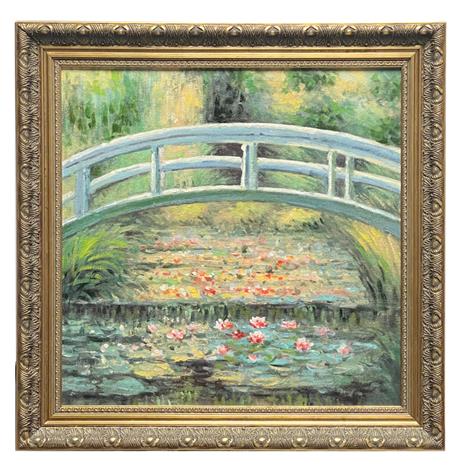