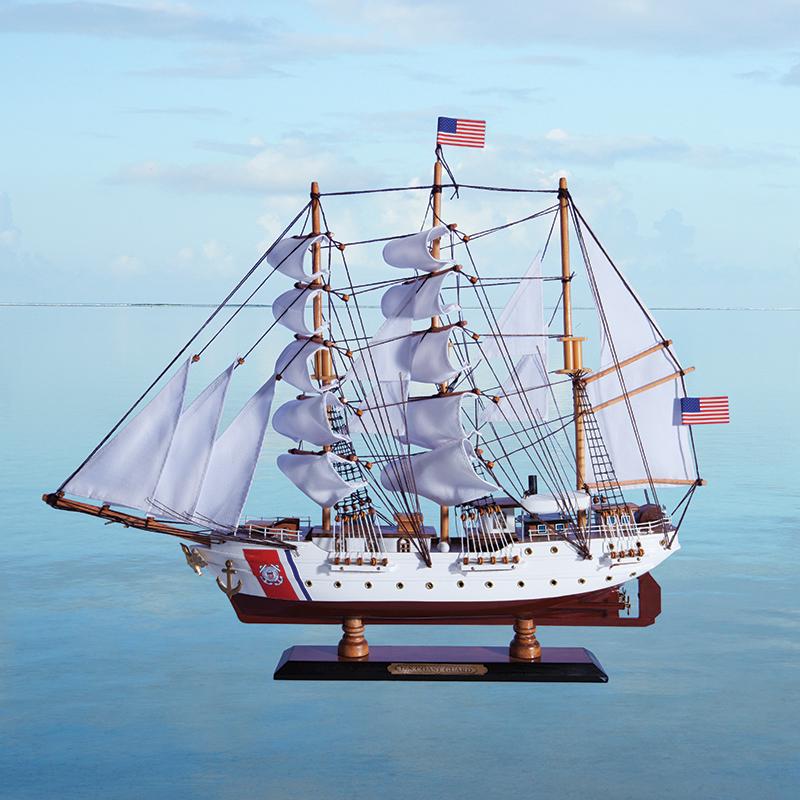 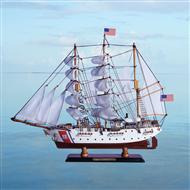 The Eagle has landed

Own a piece of history

On May 15, 1946, ‘The Eagle,’ a three-masted sailing barque with 21,350 square feet of sail, was commissioned into the U.S. Coast Guard. The Eagle is one of only five such training barques in the world. On her voyage from Germany to the United States, she followed Columbus's route across the mid-Atlantic. She’s weathered  hurricanes,  and has hosted Presidents Harry S. Truman and John F. Kennedy.

The Eagle continues to serve as a seagoing classroom for approximately 150 cadets and instructors from the U.S. Coast Guard Academy. The ship readily takes to the task for which it was designed. Cadets handle more than 20,000 square feet of sail and 5 miles of rigging. Over 200 lines must be coordinated during a major ship maneuver.

This handsome replica is fashioned of basswood and has antiqued-finished canvas sails. The ship comes mostly assembled with three main masts and one front mast to attach. Instructions included.

Love my model!! Just one thing would make perfect - it does not have the name, The Eagle, on it. SAD!

As a retired Coastie I enjoyed receiving the Eagle from a close friend. She is one of the last of the "Tall Ships" left sailing the world's oceans. Personal touches such as adding the CG flag to the mast will make her stand out. She is on display in my office for veterans of all services to swoon over. Semper Paratus.

Beautiful ship for the price, but some details falter to ship design. Eagle name badging on the stern non-existent, base holes drilled improperly and glued badly so base damaged in shipping I assume, and helm is improperly placed at the stern against the railing(belongs between 2nd and third mast, and cannot be manned as positioned, and facing the wrong direction) such details make it very inaccurate and such a bummer after assembly and proud display planned. 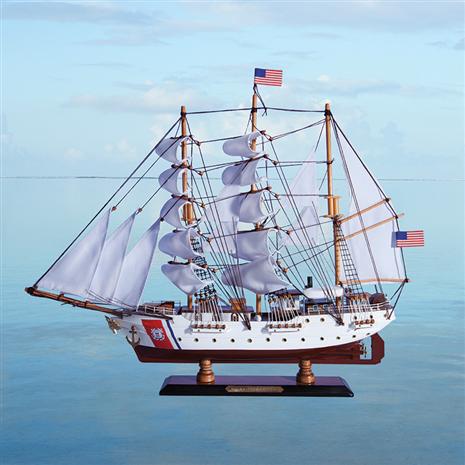