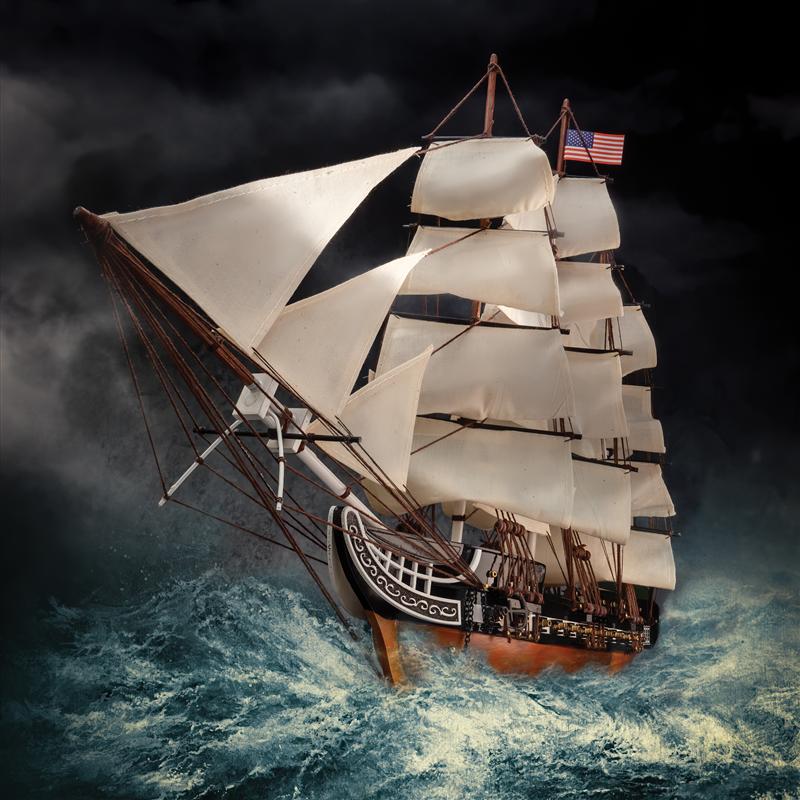 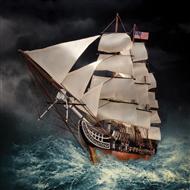 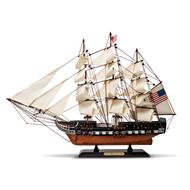 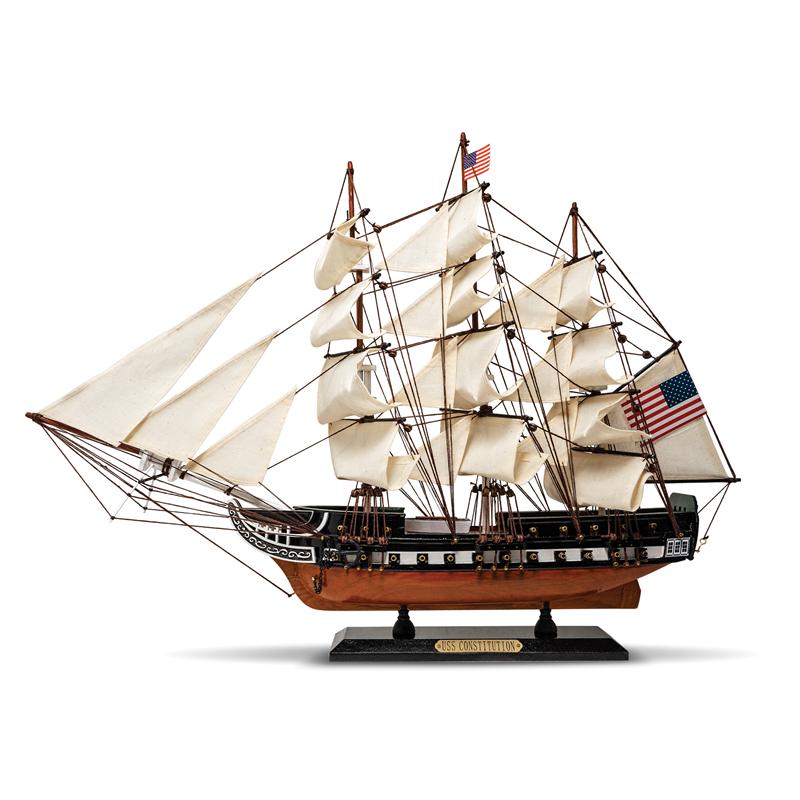 The USS Constitution, also known as Old Ironsides, is a wooden-hulled, three-masted heavy frigate of the United States Navy named by President George Washington after the United States Constitution. She is the world’s oldest commissioned naval vessel still afloat.
She saw a great deal of action during 58 years of active naval service, including engagements in the Quasi War with France, the Barbary Wars, and the War of 1812–– winning 33 battles while never taking a loss.

In August 1812, USS Constitution defeated HMS Guerriere and earned the nickname “Old Ironsides.” The 18-pound iron cannonballs launched by Guerriere bounced harmlessly off the American frigate’s 24-inch triple-layered hull, which was made of white oak and live oak sheathed in copper forged by Paul Revere. One British sailor supposedly yelled out, “Huzza! Her sides are made of iron!” Thus, Constitution was christened “Old Ironsides.” Comes assembled.

English got it right!

1812 and still afloat! Made in the USA. Ship ahoy and Semper Fidelis! 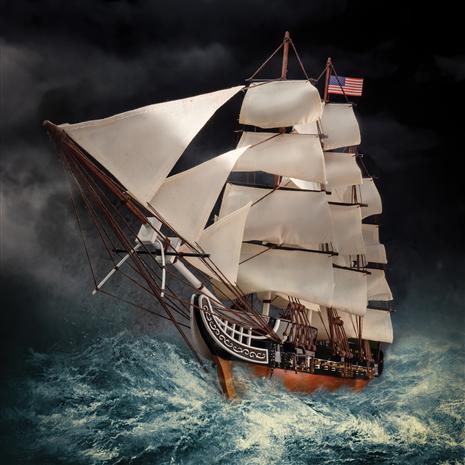