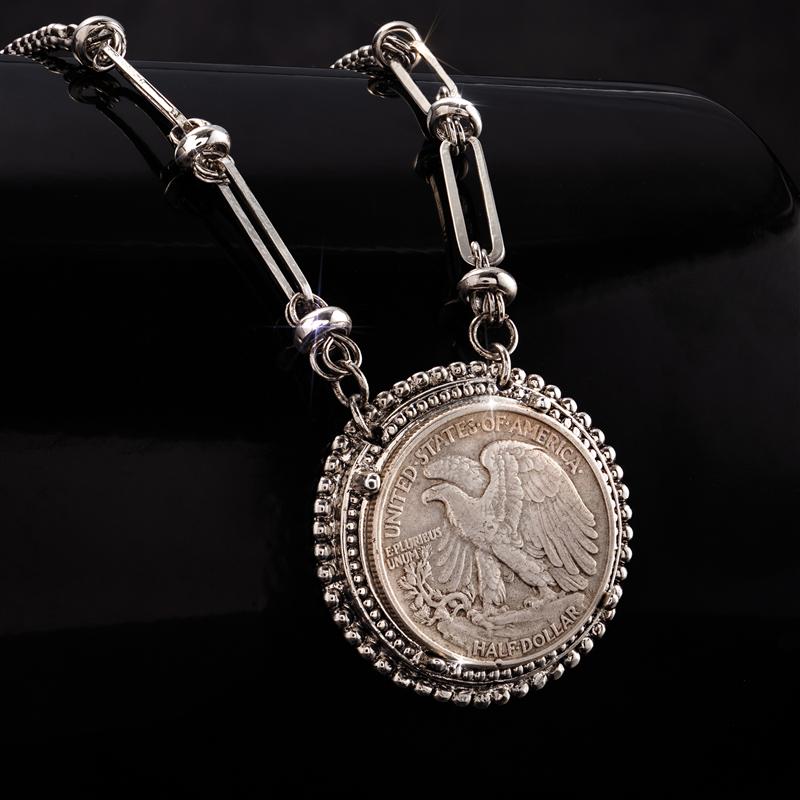 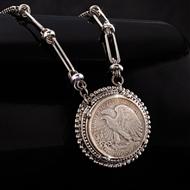 Wings of an Eagle Coin Necklace

From 1916 to 1947, the US Mint struck a silver 50-cent coin known as the Walking Liberty Half Dollar. Though named for its obverse, which displays a striding Lady Liberty, the coin’s reverse is deeply admired by art critics and art historians for its depiction of a proud and powerful eagle, facing west with wings spread wide. The detail on the feathers is unrivaled, with scholar Cornelius Vermeule calling them “a marvelous tour de force” and the coin itself “one of the greatest coins of the United States— if not of the world.”

The Wings of an Eagle Necklace features the reverse side of a genuine Walking Liberty Half Dollar that has been skillfully cut cross-sectionally, showcasing the United States’ national bird in all its glory.

The Wings of an Eagle Necklace places the powerful symbol next to your heart, set in an antiqued-finished pendant to emphasize the coin’s status as a proud piece of American history. 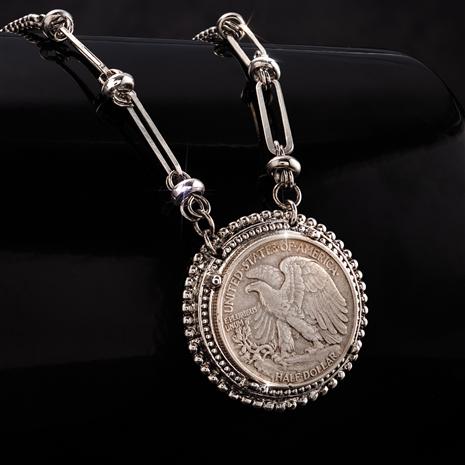