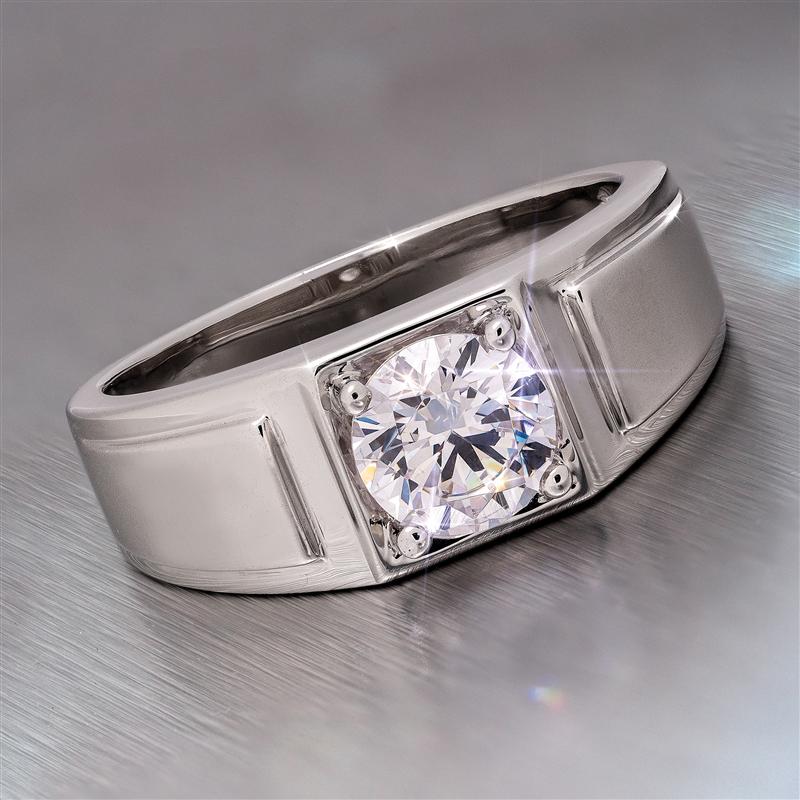 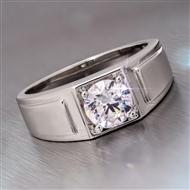 Our Starman Ring features a one-carat stone of genuine Moissanite–– a stone that possesses the fire and brilliance of an extraterrestrial diamond, but is many times rarer than its earthly counterpart. Set in gleaming 14K white gold, the Moissanite gemstone in the Starman Men’s Ring emanates a look of high-end luxury as well as a special, otherworldly charisma. 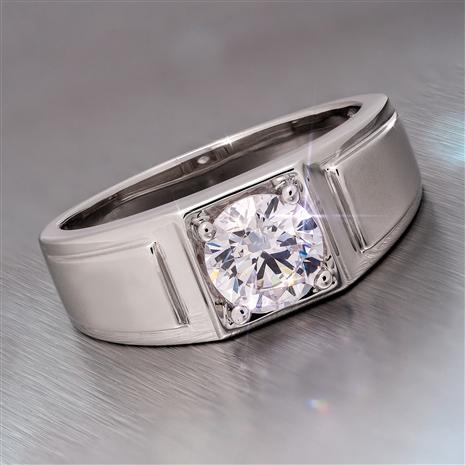