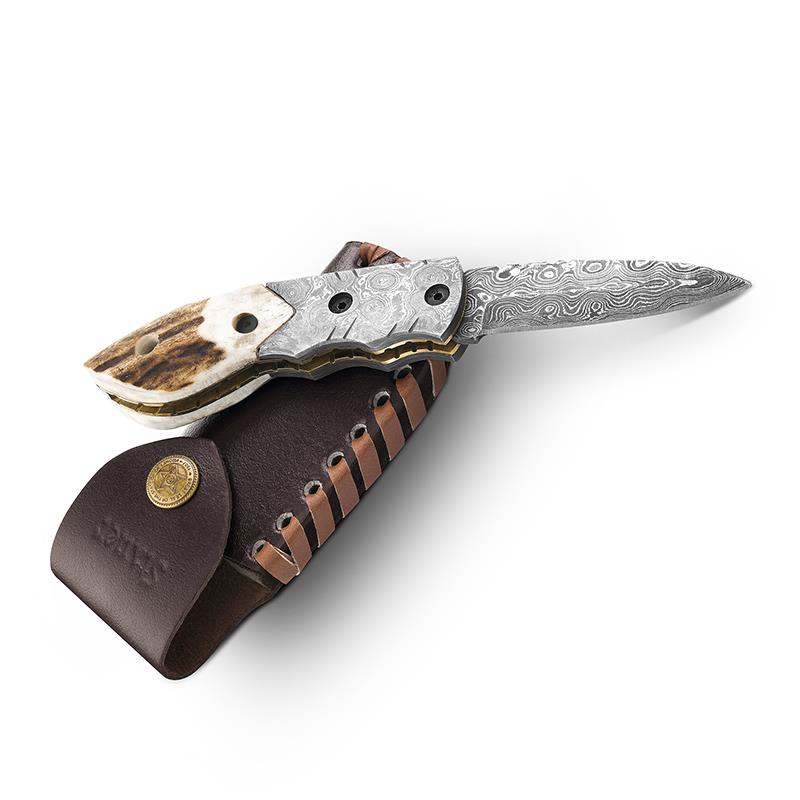 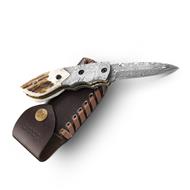 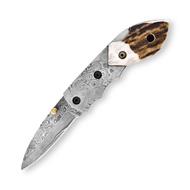 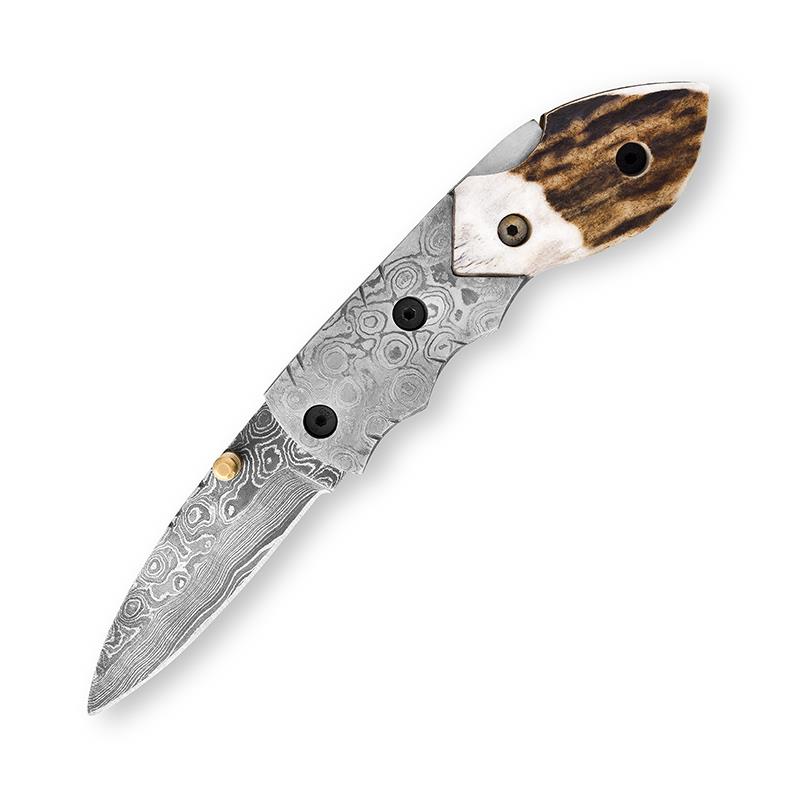 In the ancient city of Damascus, legendary sword makers created steel blades famed for their ability to cleanly cleave large objects in half. How did they do it? The production process was rumored to involve mixing different steel alloys and carbons in very specific quantities. The technique imprinted a rippled, wavy pattern on the steel, which soon became the telltale trademark of a Damascus blade.

Our Double Damascus is a folding knife where the blade itself shows the Damascus-style patterned texture but so does the bolster, which brings added strength to the 6.5" inch knife. This lock-back knife also features a stag handle and comes in a leather sheath. The Double Damascus folding knife will add a new look to your collection, but also an ancient legend.

I bought the legend

I bought the legend and found out that sucker is the sharpest thing I have. And I do have a good collection. So I will try this double dam out.Never been disappointed yet.

not worth the money

the knife is very poorly made. the images online do not show the knife''s actual look. the stag handle is very bulky and wide uncomfortable to handle and is off center with the rest of the knife. The pins holding the handle together are screwed in carelessly and crooked. The blade itself is a disappointment. When I opened the knife for the first time I found that the edge was as dull as a butter knife. I had to sharpen the blade myself which is not something I would ever expect to do to a knife right out of the factory. The taper to the tip of the blade is uneven and careless. The bevels in each side of the blade are not ground down to mirror the other making the blade appear crooked. The only redeeming factor is the damascus pattern.

VERY VERY Badly Made Horn is uneven and sharp at the ends blade is scratched and rusted very hard to unlock keeps getting stuck. 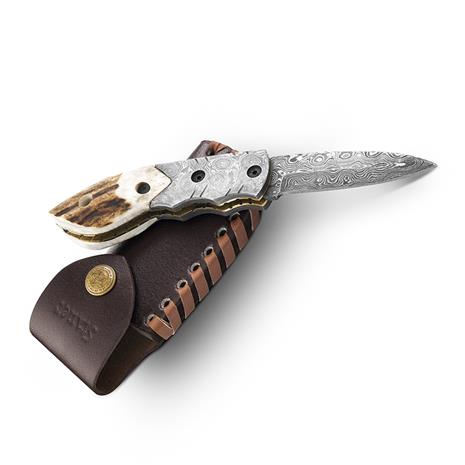