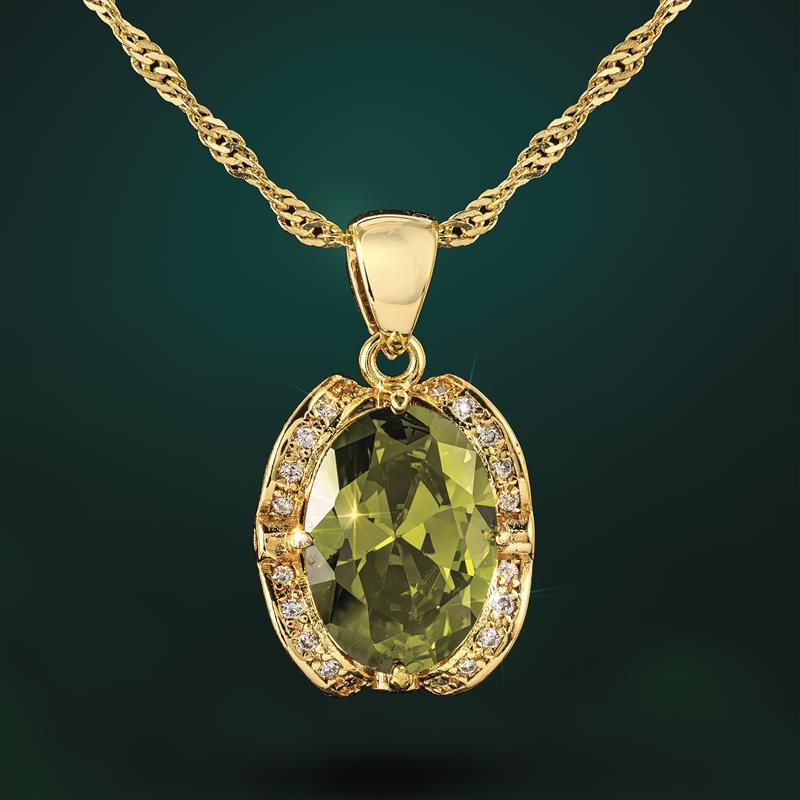 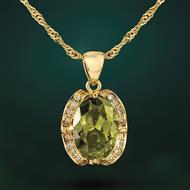 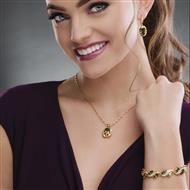 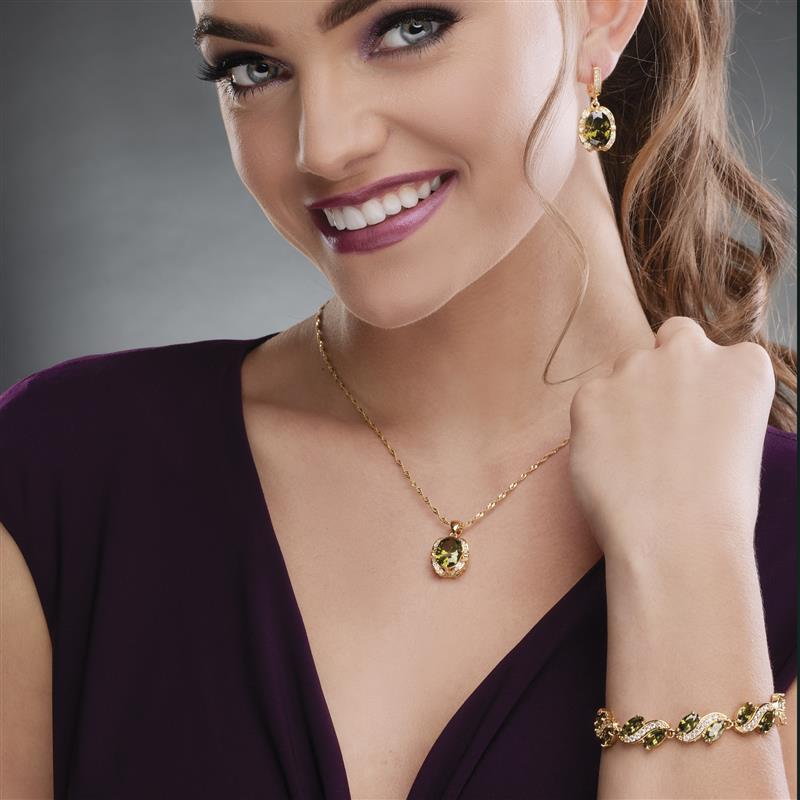 It was one of the largest museum heists in history, and the lost jewels remain missing to this day. Around 4 a.m., a small fire broke out on a bridge in Dresden, Germany, destroying a power box and disabling the surrounding streetlights. Mere blocks away, at Dresden Castle, thieves cut through the iron bars guarding a window to the Green Vault, a museum at the complex housing cases full of precious gems. In under an hour, the thieves made out with $128 million worth of stolen items, including 21 jewelry sets containing more than 4,300 diamonds.

One diamond eluded them: a legendary green diamond that was on loan to another museum at the time. A rare green, 41-carat diamond dating to the early 18th century and believed to be internally flawless, that green diamond narrowly escaped disappearing from public view forever.

Today, we’re celebrating the one that got away with jewelry that would tempt any thief. The Green Elusion Necklace consists of a generous cabochon of vivid green DiamondAura®, the Ultimate Diamond Alternative, nestled in yellow gold-finished settings and accented with white studs. With exceptional clarity and fire to rival the world’s best mined diamonds, these jewels are a fitting tribute to Dresden’s famous green diamond. But while that gemstone is priceless, these are priced less, so when you seize this deal you’ll also be making out like a bandit. 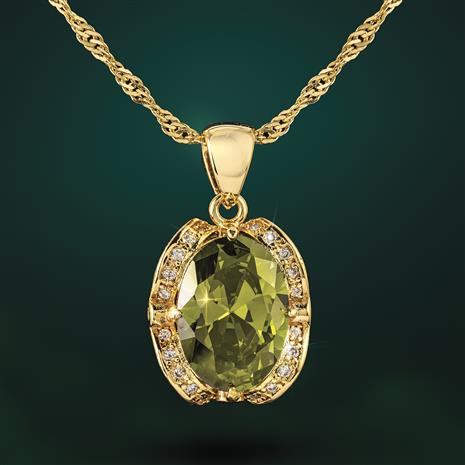