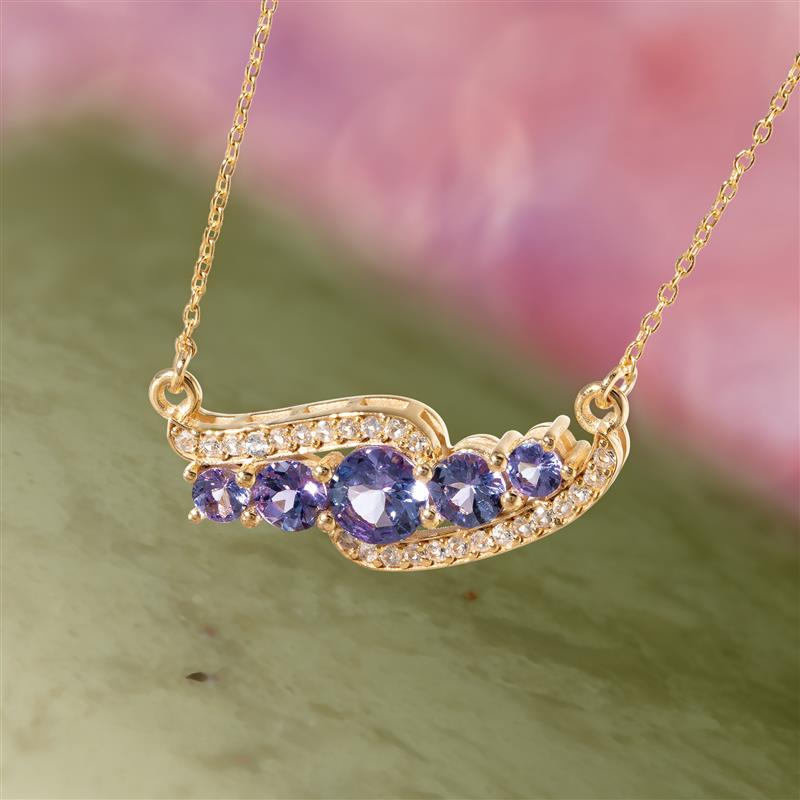 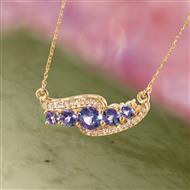 As mining will soon come to an end, tanzanite is incredibly rare. But through our friends in Tanzania, we can offer our Tanzanite Mystique Necklace. This jewelry is the cream of the crop, providing tanzanite in beautifully faceted rounds.

Studded with sparkling white topaz rounds set in yellow gold-wrapped .925 sterling silver, this necklace is the best way to get your hands on tanzanite, and Stauer is offering it at an amazing price in its deepest shade of violet-blue. This is what happens when a rare stone is offered at a rare price. 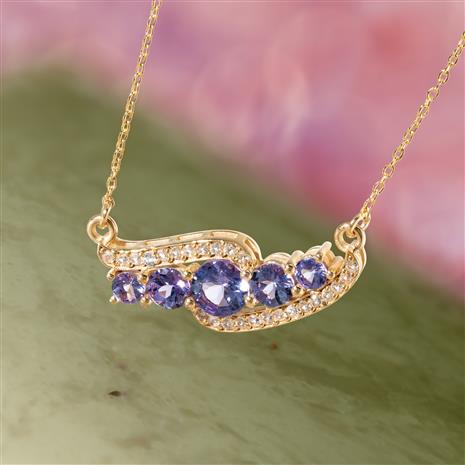