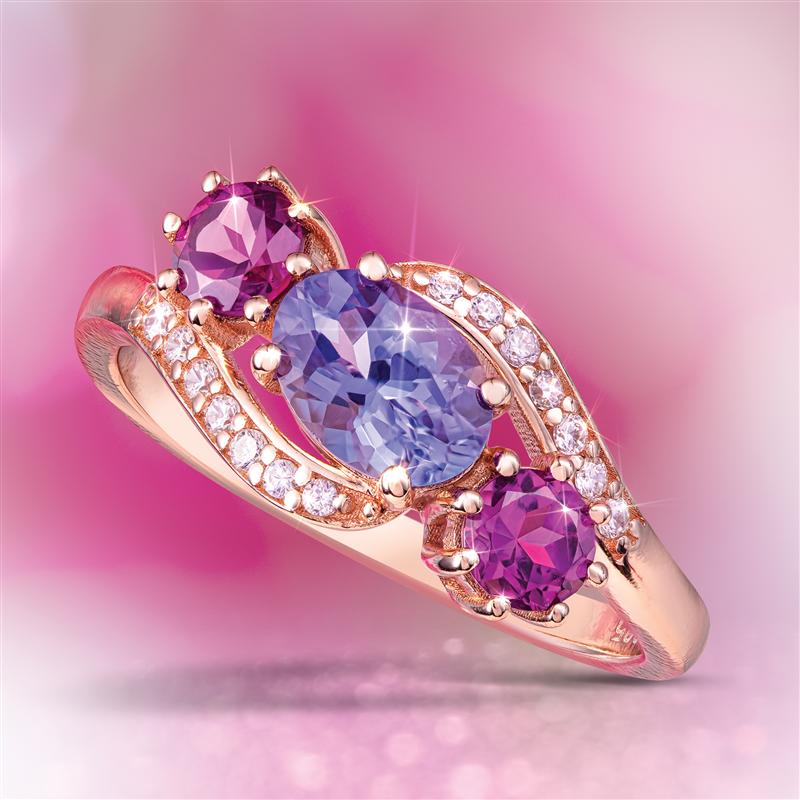 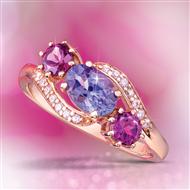 Color outside the lines

The invitation said casual, so she put on a tuxedo jacket. It was pouring rain, but she suggested a walk in the park. She showed up at the annual bake sale with an ice cream cake. You know anyone like her? The lady who defies convention, who leads with the unexpected and blazes her own trail. These are the gals that make the world go round in my opinion. And, inspiration for our Tanzanite and Rhodolite Garnet Colorburst Ring.

This vintage-style ring stands out with the unique color combination of rosy red rhodolite garnet and vibrant blue-violet tanzanite. A unique gem in its own right, tanzanite is 1000 times rarer than a diamond and can only be found one place on earth, near Mount Kilimanjaro in Africa. And, named after the lovely rhododendron blossom, rhodolite garnet has a juicy raspberry color you can’t find in any other gem. Together these two create a vibrancy that makes them seem to ‘pop’ right off your hand. Perfect for the lady who knows how to surprise and delight in unexpected ways. 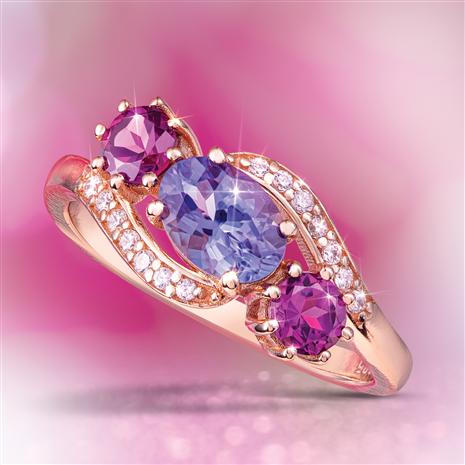