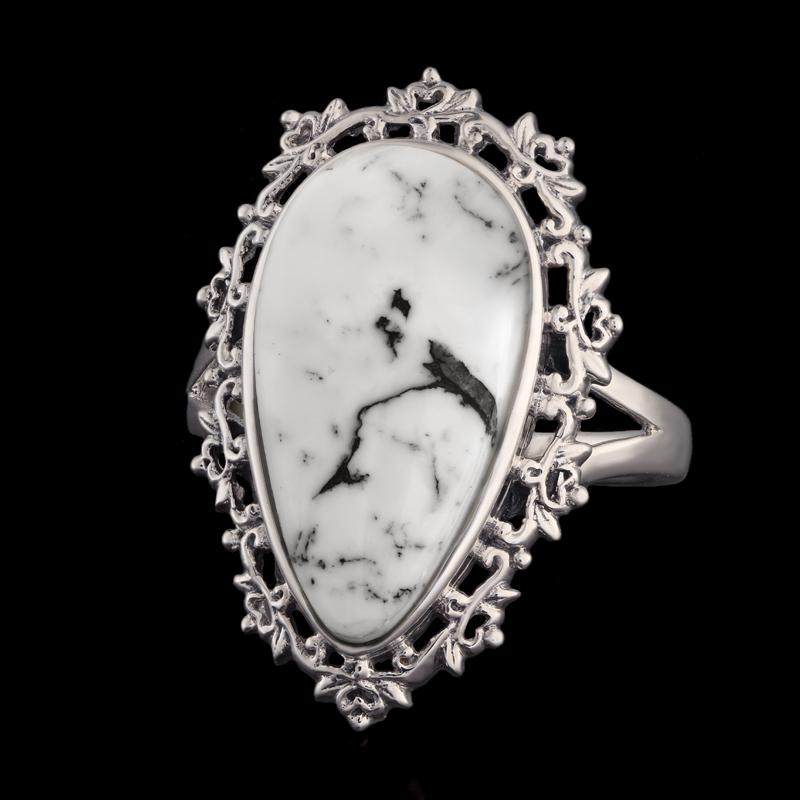 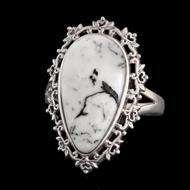 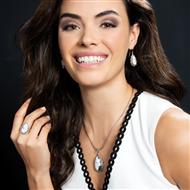 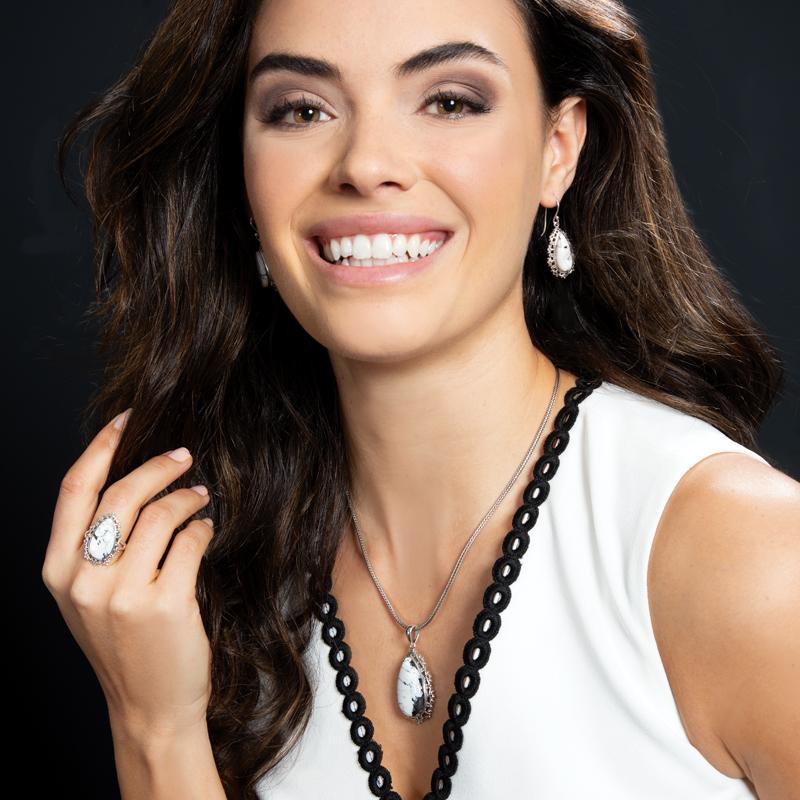 To Native Americans, the buffalo was a symbol of sacred life and abundance, inspiring a legend of a white buffalo calf appearing during difficult times to usher in a new age of hope and peace. So sacred is this prophecy, that the Lakota tribe have named a rare and beautiful stone after the white buffalo calf. White Buffalo has a bold, captivating presence with a distinctive white background and black matrix.

To say this stone is as rare as a white buffalo is an understatement. There are a lot of imitations in the market, but don’t be fooled. You want the real thing. And, we have it. White Buffalo is found in only one mine worldwide, the Dry Creek Mine in Nevada. Which is where we went. The mine is located on the Shoshone Indian Reservation near Battle Mountain. It was discovered only recently, in 1993.

The White Buffalo Ring celebrates the unique and rare beauty of this legendary stone. A generous cabochon of White Buffalo is set in filigreed sterling silver with an antiqued finish that beautifully complements this rare desert gem. This ring is so much more than beautiful jewelry. Each piece is a Native American artifact steeped in meaning and history. It’s time you owned a legend. 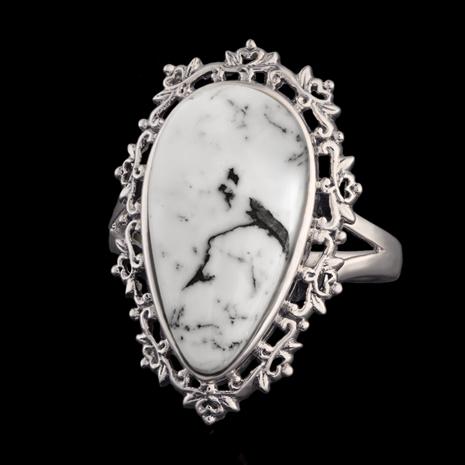