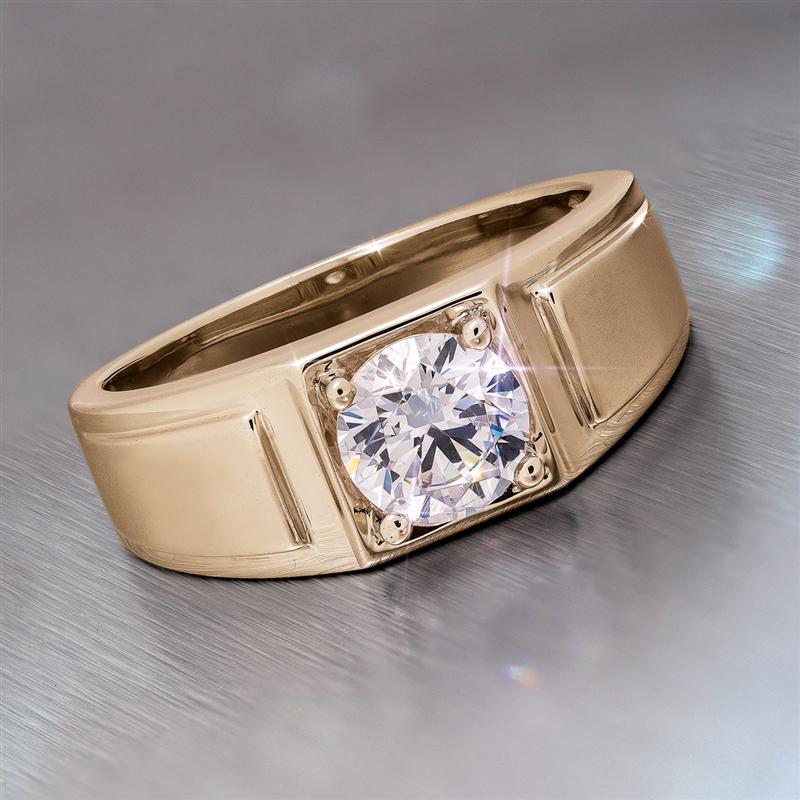 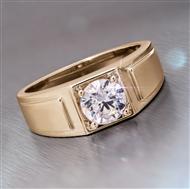 Our Starman Ring features a one-carat stone of genuine Moissanite–– a stone that possesses the fire and brilliance of an extraterrestrial diamond, but is many times rarer than its earthly counterpart. Set in gleaming yellow gold-finished .925 sterling-silver, the Moissanite gemstone in the Starman Men’s Ring emanates a look of high-end luxury as well as a special, otherworldly charisma.

This ring is a disappointment as it looks like a small woman's ring. Therefore I do no wear it. The picture of the ring is not a true likeness of the size of the ring. 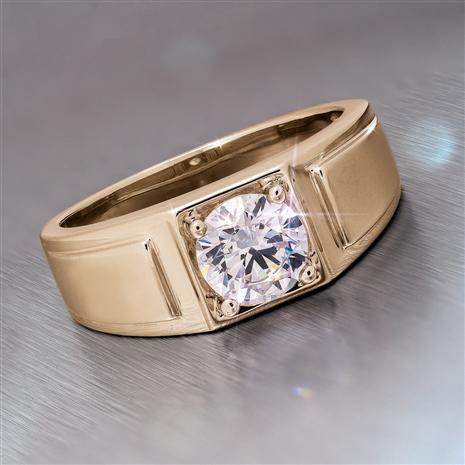