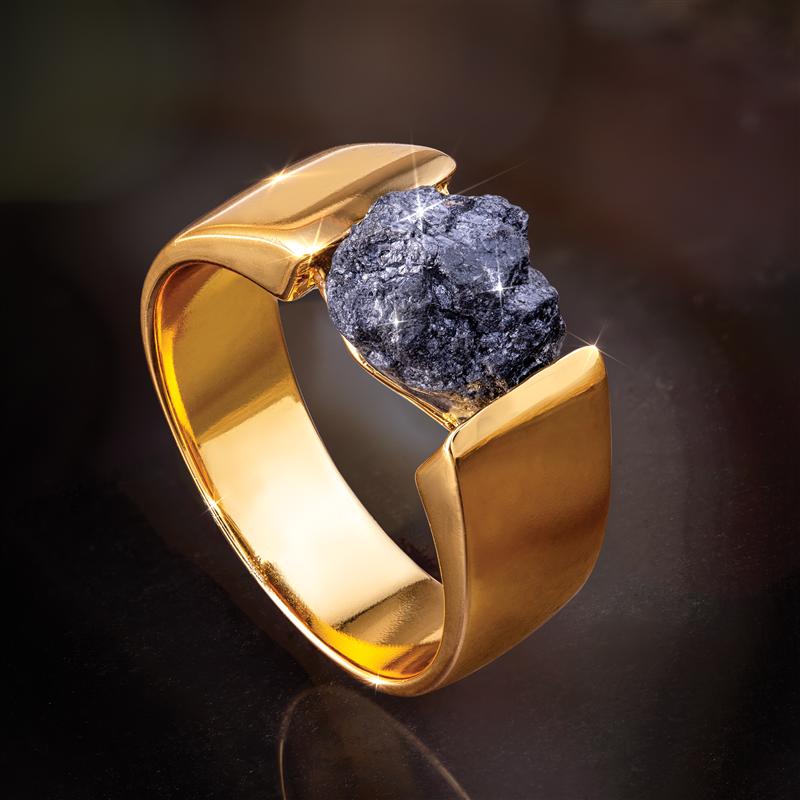 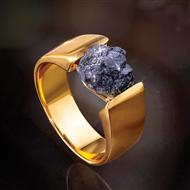 Harness the raw power of the universe

There’s no man on Earth who can cut a diamond like this, and there’s no where on Earth this diamond came from.

Black diamonds were not formed on the earth, or even under it. In 2006, two scientists theorized that the only way black diamonds could have formed was in interstellar supernova explosions, billions of years ago and light years away. The resulting giant black diamond meteorite collided with earth some 4 billion years ago. This theory is supported by high levels of hydrogen detected in black diamonds, which would not be possible if black diamonds formed under the earth like white diamonds.

Approximately 600 tons of conventional diamonds have been mined, traded, and polished since 1900. But not a single black diamond has been discovered in the world’s mining fields. This makes black diamonds very special indeed.

We didn’t want to mess with or lose one tiny bit of that raw  power. So we had a five carat natural black diamond, untouched by the jeweler’s blade, mounted in gold-finished sterling silver. Each black diamond has its own unique intergalactic signature shape. To wear a black diamond is to wear a piece of the universe. Don’t be surprised if you start attracting more than just attention. 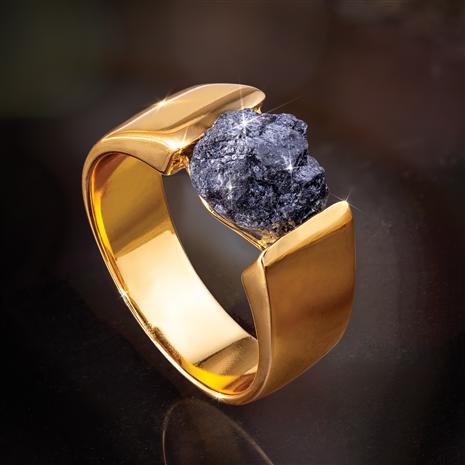