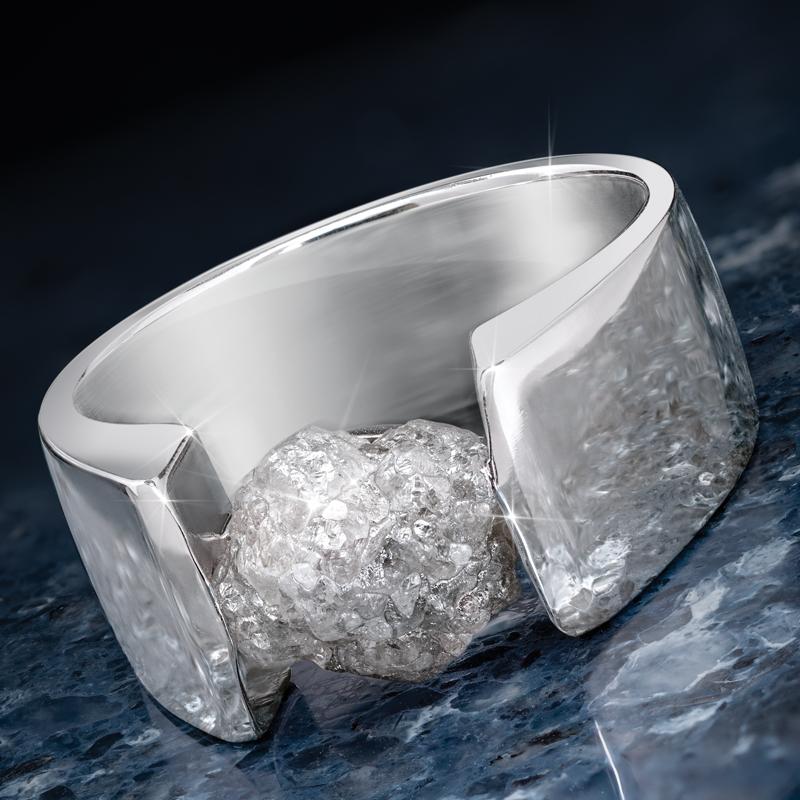 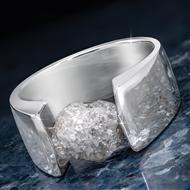 Diamond in the rough

The Rugged Diamond Men’s Ring is exactly what it sounds like. A fuss-free five-carat natural diamond excavated from the ground and then embedded directly in a .925 sterling silver ring that’s been specially crafted to hold this beast of a beauty in place. Every Rugged Diamond Ring has a different shape, shine and color, because we don’t fuss with it. What comes out of the earth is what goes on your ring, and that lack of messing around means we can price the five-carat Rugged Diamond Ring at just $199. If you’re a no-nonsense man looking for something unique, this is a whole lot of diamond for a very low price.

Mens Diamond in the Rough Ring

Although the picture is deceiving, I love the ring. The text is correct that the "Color may vary". I have purchased over a baker's dozen of these rings as gifts. THey are mostly very rough dark grey to darker grey stones. They are big Diamonds - and it is rather nice to be able to give someone a 5 carat diamond solitaire ring, at a reasonable price. I gave one to my son in law. I had given my daughter more traditional necklaces and rings and pendants. When she saw what her husband got, she was interested in one also - even though it was dark and rough and a "Mens" ring. So, I started to figure that they were really for any person who likes REAL stuff.

Just received my order today and I was expecting it to look like the picture in your catalog but it doesn’t. Still a beautiful ring though, but I can’t give it a 5 star rating because of that. If it did look like photo I would’ve gave it 5 stars

the ring I just received looks nothing like the ring I ordered! the stone sits up high and is rough so it will most likely catch on materials like sheets clothes etc. the design is totally different and not what I expected. it IS comfortable to wear so far but the fact that is pokes up so high will be a problem. the picture shows the stone as being silver-like while the stone I got is a dull grey. I got a good discount but I''m disappointed compared to the picture used to see this ring. 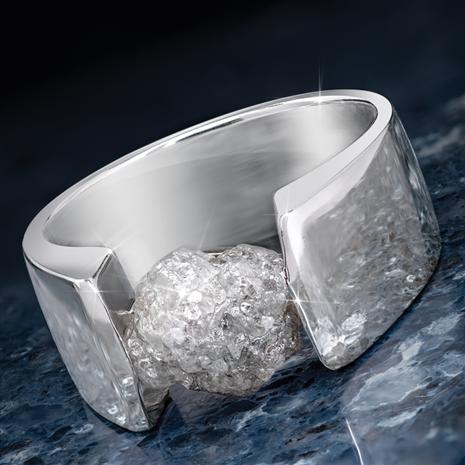