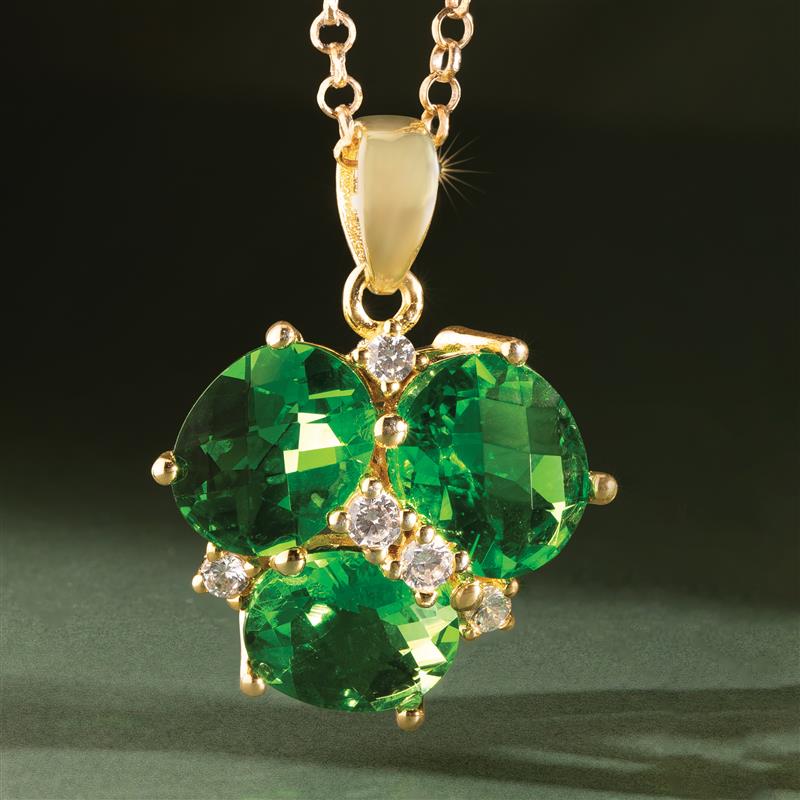 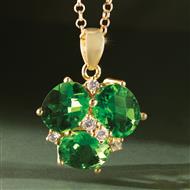 The Mysterious Rock Formed From a Volcano

On May 18, 1980, Mount St. Helens blew its top, sending a column of ash and smoke 80,000 feet into the air. The explosion was one of nature's most impressive displays of power ever, leaving a mile-wide, horseshoe-shaped crater. But even more impressive than the blast was the secret the volcano had been hiding ...

Through the use of blowtorches to expedite the cleanup, it was discovered that the heated volcanic rock transformed into the remarkable stone helenite, a clearer, cleaner and brighter gem than the finest rubies and emeralds. Produced from ancient minerals that erupted from inside Mount St. Helens, this brilliant green creation has captured the attention of jewelry designers worldwide. And as Stauer is one of the largest helenite dealers in the world, we can offer you a deal.
Meet the Three-of-a-Kind Helenite Pendant, jewelry that houses helenite and the Ultimate Diamond Alternative®, DiamondAura®, in yellow gold-finished .925 sterling silver settings.

To put it frankly, we believe this is one of the prettiest pendants we've ever offered. Inspired by the look of a three-leaf clover, this jewelry is set to stun the woman in your life.

If you don't believe us, get the Three-of-a-Kind Helenite Pendant and see for yourself. You might just agree that we've done better than Mother Nature. 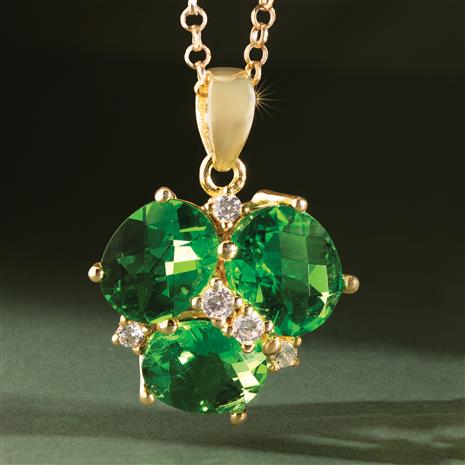